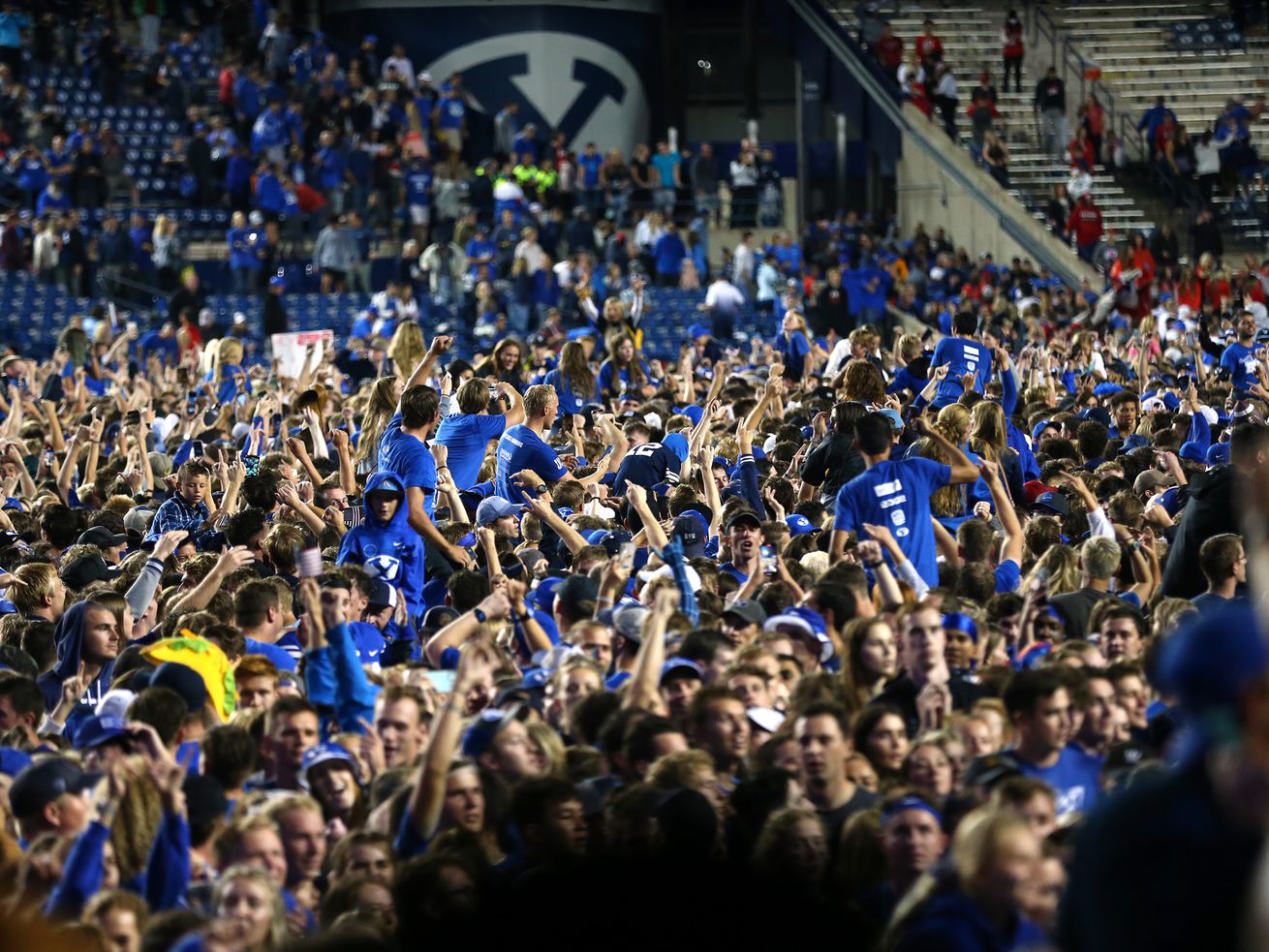 After years of surviving independence and nine straight losses to the Utes on the gridiron, things changed for BYU in the blink of an eye

Suddenly, the tide has turned; just like that, BYU football is back. In one weekend, the Cougars became members of the Big 12 Conference and beat Utah. The former ended 11 years of self-imposed exile and looking for a new conference; the latter broke a nine-game losing streak to the archrival Utes that looked like it might never end.

It might have been the best weekend in BYU football history since Robbie Bosco connected with Kelly Smith in the end zone to beat Michigan in the 1984 Holiday Bowl.

Suddenly, everything is going their way. The spell the Utes cast on them a decade ago is broken. The years of wandering in the football wilderness are finished.

They belong to a conference — a Power Five conference — which gives them a championship to play for, a direct path to the national playoff, conference TV money, conference prestige, conference recruiting clout. The Big 12 invitation was officially extended Friday. Before the weekend was finished there were signs on the freeway: Welcome to Big 12 Country.

How fast things can change. Suddenly, all their problems are solved. Well, except that part about them winning a conference championship once they actually join the league.

Everything turns on a moment. Oklahoma and Texas bail out of the Big 12. The Cougars get called off the bench.