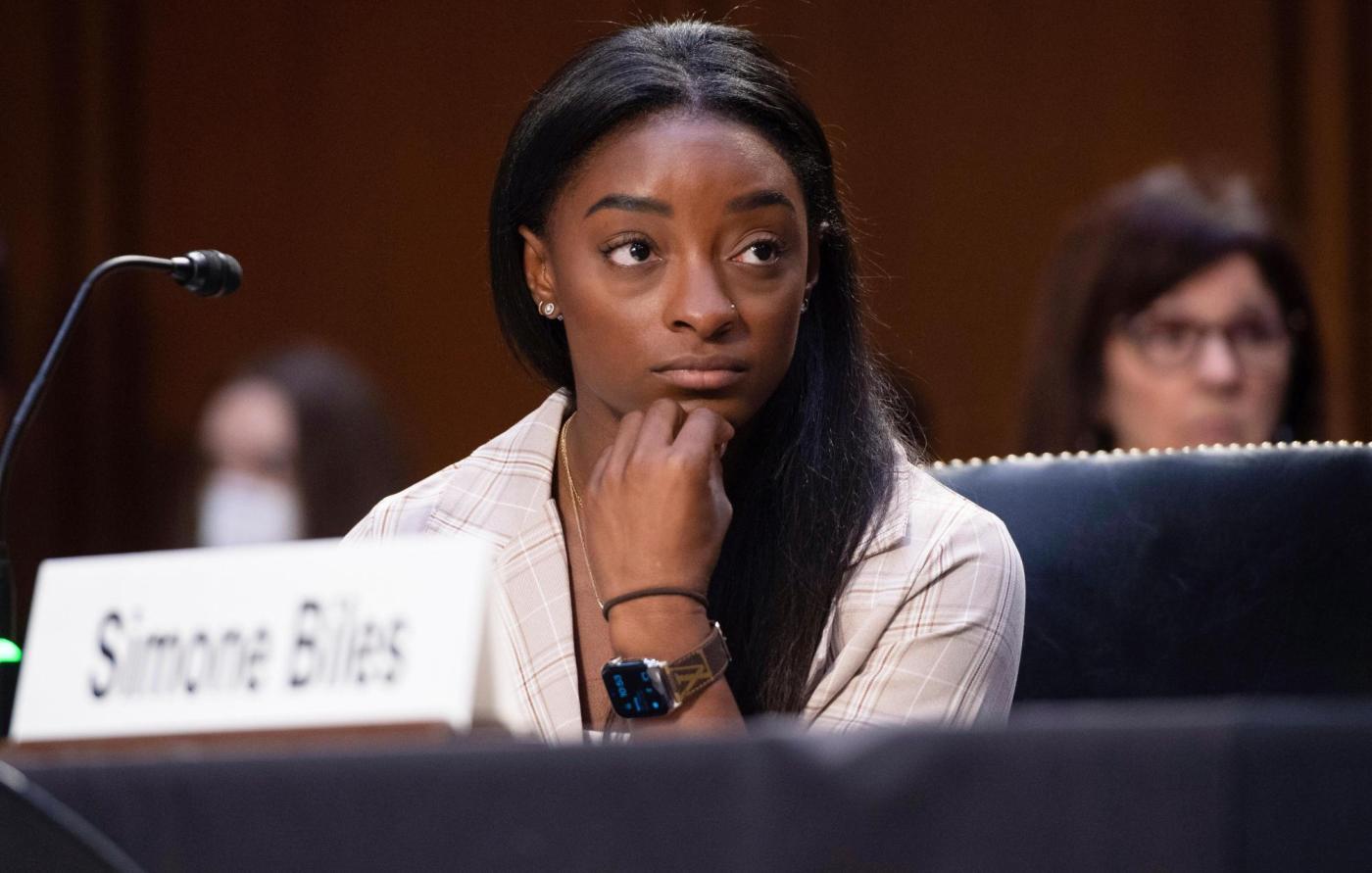 By MARY CLARE JALONICK, WILL GRAVES and MICHAEL BALSAMO

Biles told the Senate Judiciary Committee that “enough is enough” as she and three other U.S. gymnasts spoke in stark emotional terms about the lasting toll Nassar’s crimes have taken on their lives.

The 2016 Olympic champion and a five-time world champion — widely considered to be the greatest gymnast of all time — said that she “can imagine no place that I would be less comfortable right now than sitting here in front of you.” She declared herself a survivor of sexual abuse.

“I blame Larry Nassar and I also blame an entire system that enabled and perpetrated his abuse,” Biles said. She said USA Gymnastics and the United States Olympic and Paralympic Committee “knew that I was abused by their official team doctor long before I was ever made aware of their knowledge.”

Biles said a message needs to be sent: “If you allow a predator to harm children, the consequences will be swift and severe. Enough is enough.”

The hearing is part of a congressional effort to hold the FBI accountable after multiple missteps in investigating the case, including the delays that allowed the now-imprisoned Nassar to abuse other young gymnasts. An internal investigation by the Justice Department released in July said that the FBI made fundamental errors in the probe and did not treat the case with the “utmost seriousness” after USA Gymnastics first reported the allegations to the FBI’s field office in Indianapolis in 2015. The FBI has acknowledged its own conduct was inexcusable. At least 40 girls and women said they were …read more