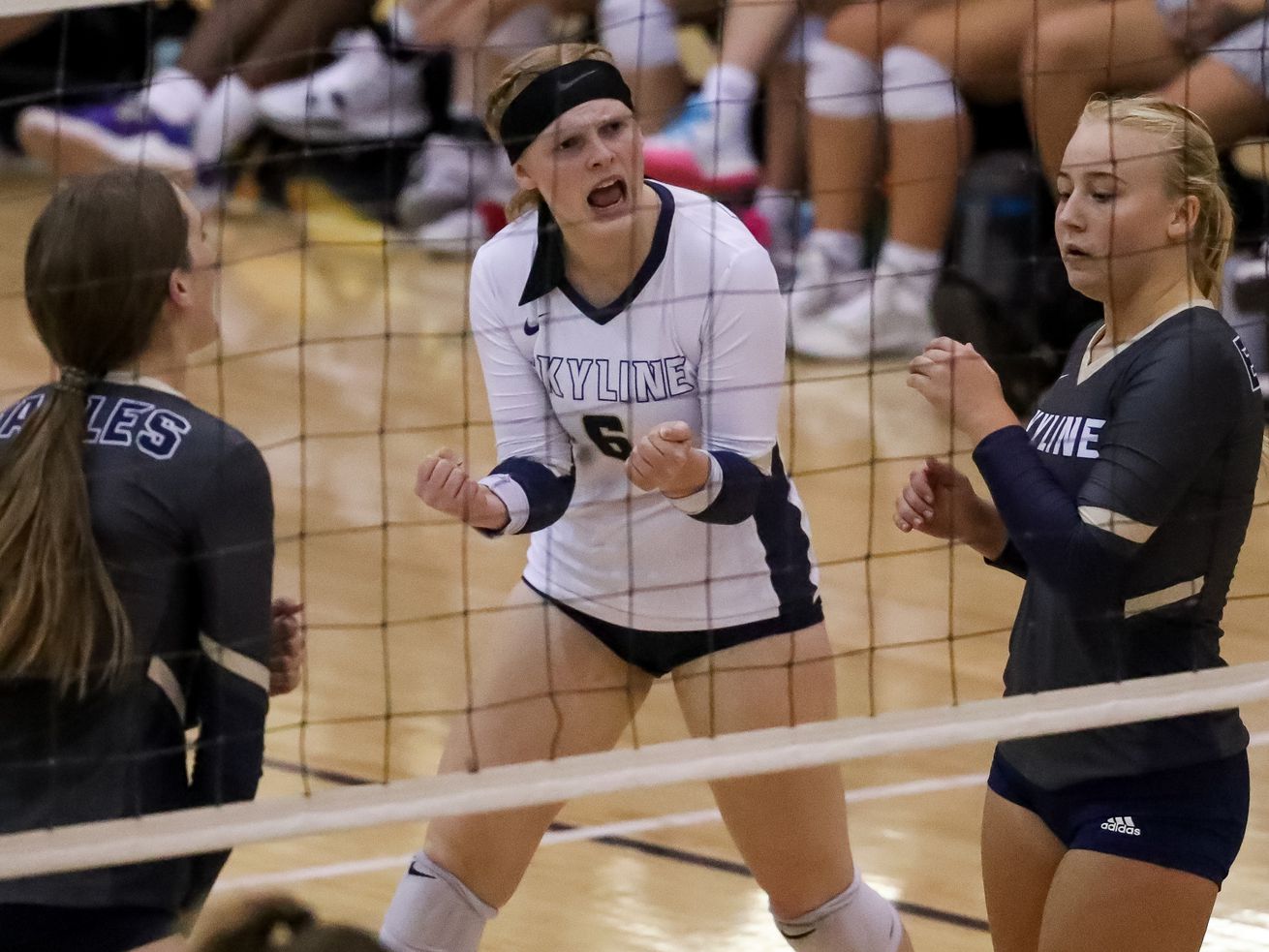 After dropping a few points early on in the opening set of Skyline’s Tuesday night match against Region 6 rival Brighton, Eagles head coach Mondo Begay looked out at his players on the court and had simple and straightforward message to them: “Just play volleyball.”

Begay said that his message—which seemed to settle his players eventually—was delivered because his players knew the challenge Brighton presented, and as a result, he noticed that they were overthinking the game.

“Brighton is one of those teams that you know is going to come and play you and sometimes we get a little too emotional,” Begay said.

Senior team captain and University of Northern Colorado commit Mia Liddiard affirmed what her coach said, saying that she and her teammates experienced emotions that resulted in a slow start that was uncharacteristic for a team that had already won over a dozen matches heading into the regional showdown.

“It seemed like everyone was nervous (at the start),” Liddiard said. “We were all thinking too much about volleyball when we really just needed to play volleyball. We’re all good players so the more we just play volleyball like coach said, the easier it was for it to come naturally.”

And play volleyball they did, as the Eagles earned a hard-earned straight-set victory over the Bengals, handing them their first region loss of the season, while remaining undefeated in region play themselves.

The win was earned even though Skyline was missing one of its strongest hitting players in Olivia Gloekner, something that may have contributed to the jitters mentioned by Liddiard.

Using a strong service game, the Eagles began to find their …read more