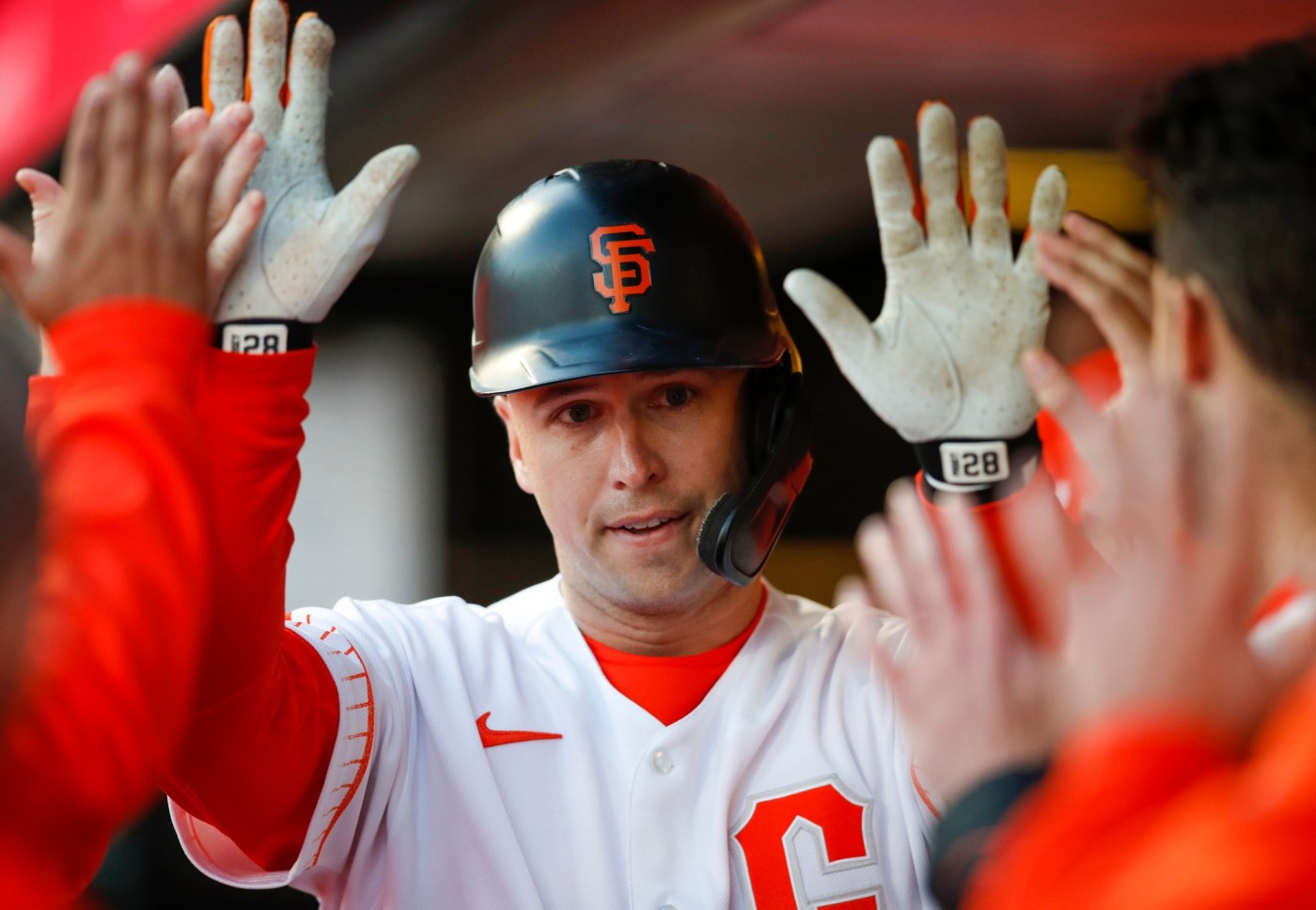 SAN FRANCISCO — Fewer than 24 hours after dousing each other in champagne and donning matching “Built for October,” t-shirts in a well-deserved clubhouse celebration, the Giants took the field at Oracle Park with a renewed sense of purpose.

The playoff berth they officially locked up on Monday night was certainly a feather in their cap, but the Giants are determined to win the National League West crown and their pursuit continued with a 6-1 victory over the Padres on Tuesday.

A high-stakes division race between the first-place Giants (95-50) and second-place Dodgers is only picking up in intensity as San Francisco won its ninth consecutive game while Los Angeles appeared poised to secure its fifth straight victory to keep its deficit at 2.5 games.

Buster Posey kicked off the post-clinch festivities on Tuesday by hitting an early home run, igniting a third-inning rally and catching another fantastic game from a Giants pitching staff led by starter Anthony DeSclafani.

The Giants’ nine-game win streak is the club’s longest since San Francisco won 10 in a row under Felipe Alou from May 20-31, 2004. Gabe Kapler’s offense has scored at least six runs in all nine games during the streak, marking the Giants’ longest stretch of scoring at least six runs since the 1929 club did so in 15 consecutive games.

Posey put the Giants on the board in the first inning against Padres starter Jake Arrieta by launching a 1-2 sinker that missed well off the inside corner into the left center field bleachers. According to MLB researcher Sarah Langs, the pitch was 1.37 feet off the center of the plate, making it the furthest inside pitch a right-handed Giants batter has homered on since at least 2008.

“He was able to get to a pitch quite a bit inside,” Kapler said. “That ball ran significantly …read more