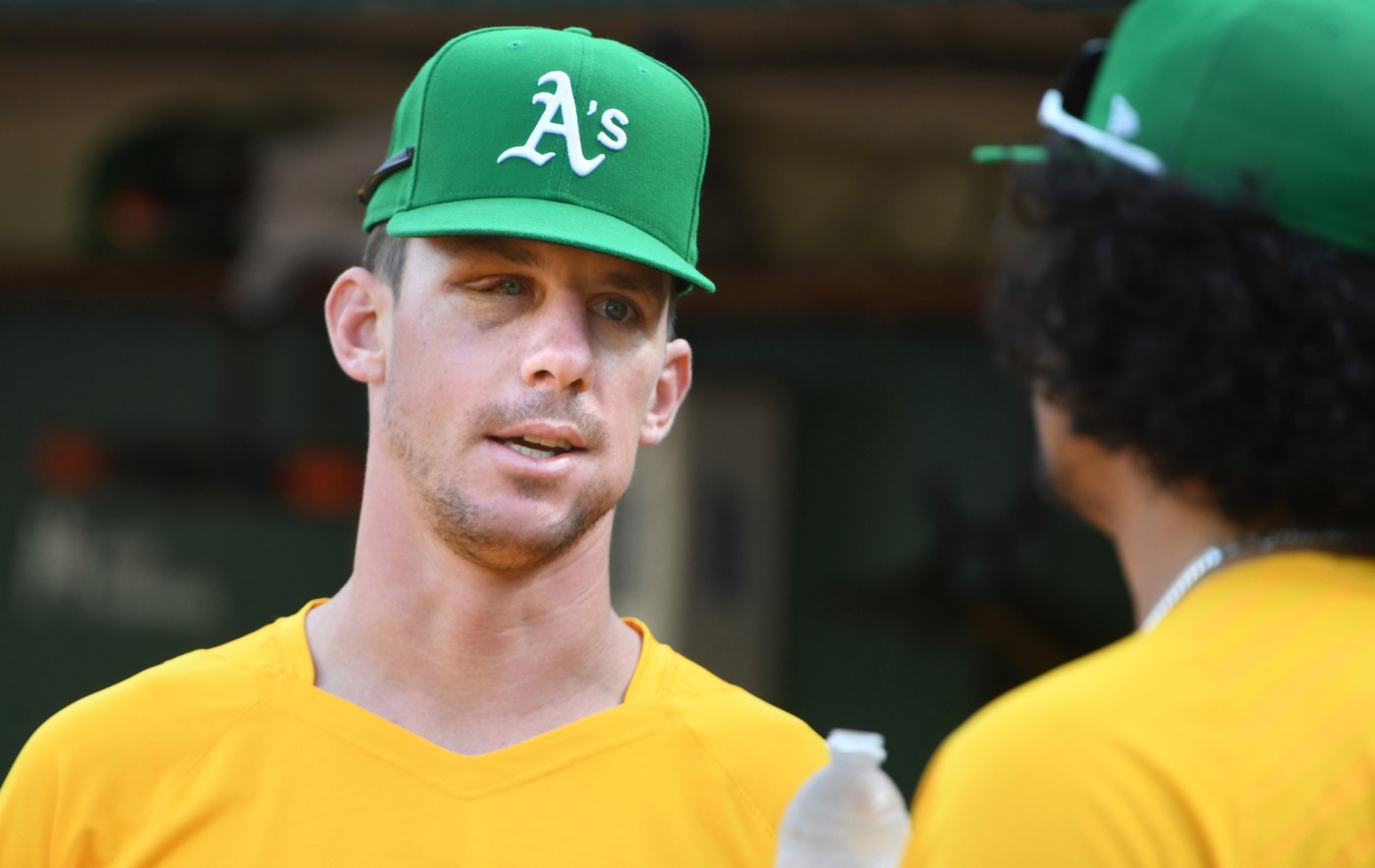 All went well in Chris Bassitt’s bullpen session on Wednesday in Kansas City.

Bassitt is three weeks removed from surgery to repair facial fractures incurred when he took a line drive to his face against the Chicago White Sox. He threw his first bullpen session this past Saturday that included all pitches but his slider. Because the injury is to his face and not his throwing arm, Bassitt may not need a rehab assignment before returning to game action. Though, he is running out of time with 15 games left on the regular season schedule.

“There’s a chance he won’t. If we feel like that’s something he needs, that’s the route he’ll go,” Melvin said. “We are up against the clock as far as when the season is over. But it’ll be whatever he’s comfortable with.”

Chapman, out of the lineup on Wednesday against the Kansas City Royals, will miss his third straight game with a sore and swollen left foot.

Chapman injured his foot after repeatedly fouling pitches off it — the A’s third baseman does not wear shin or foot guards at the plate. He was removed from Saturday’s game in the fifth inning. X-rays showed no fracture that day and team trainers don’t see the …read more