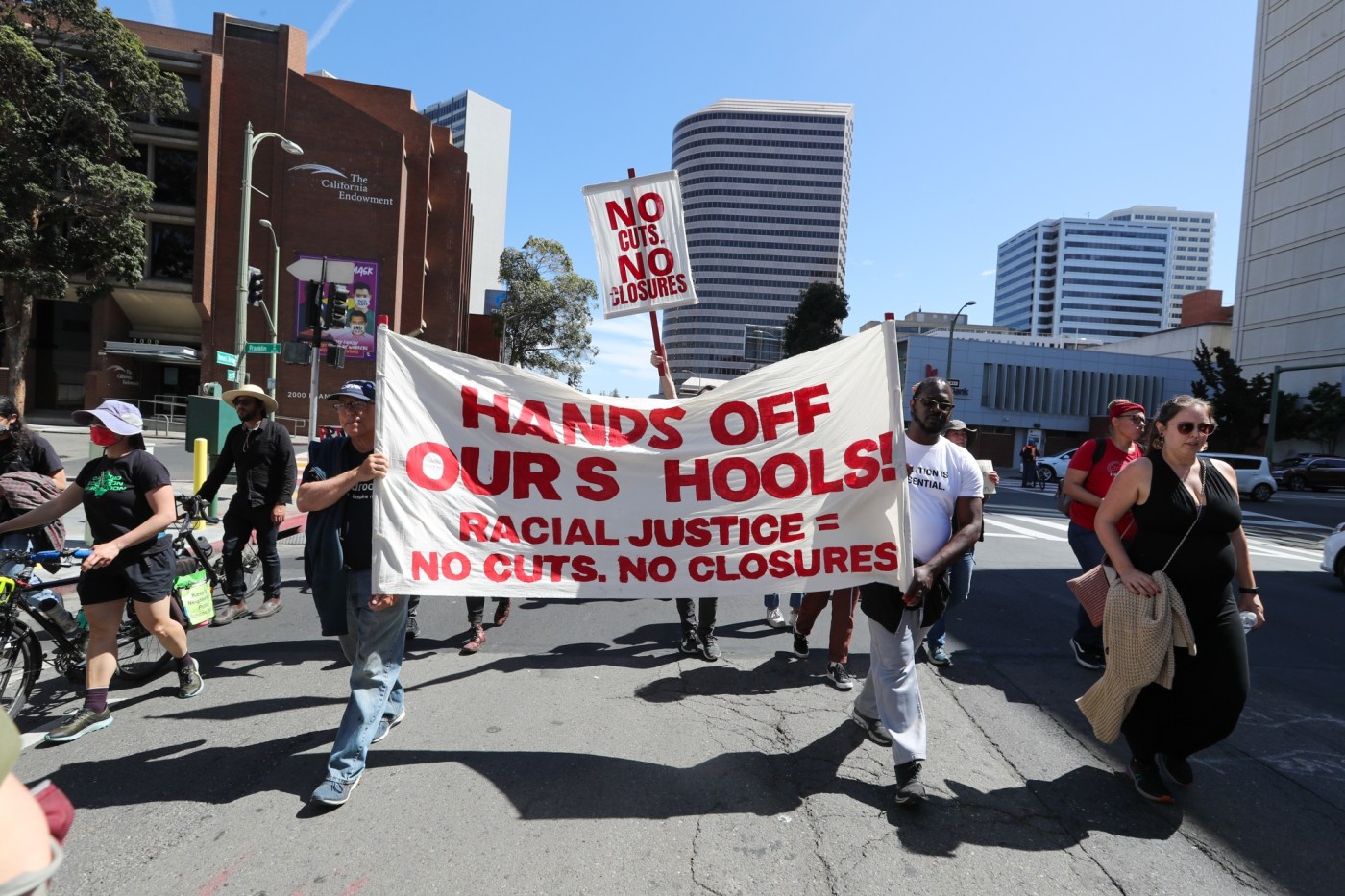 OAKLAND — A coalition of school families, educators and others has sued Oakland Unified School District over its plan to close, shrink or merge schools, alleging that district leaders violated the California Environmental Quality Act (CEQA) because it did not analyze whether the plan will exacerbate “significant environmental harms” to Black and Latino communities affected by the decision.

The lawsuit, filed by the Justice for Oakland Students coalition this week in Alameda County Superior Court, says the school district was required by CEQA to analyze the environmental impacts of the school closures, which it says will lead to increased traffic and pollution, or to explain why the plan to close schools is exempt under that law.

Students who currently walk or bike to their neighborhood schools will now have to commute, often by car, the lawsuit explains. That could lead to increased traffic and worse air quality in the the neighborhoods where the students from closed schools will be going.

The district “voted to close these schools in a process that was rushed, not transparent, and we now know, in violation of its obligations under CEQA, Pecolia Manigo Awobodu, a member of the coalition and Oakland parent, said in a written statement. “OUSD needs to start over in a thoughtful and lawful process that protects not just its students but the East Oakland communities already suffering from asthma and other health issues related to pollution and emissions before closing neighborhood schools that our families can walk to.”

Azlinah Tambu, a parent of children at Parker School, which is slated for closure, added, “some families don’t have transportation at all, so those children will be walking on streets that already weren’t safe and now will be worse.”

District spokesman John Sasaki declined to comment on the lawsuit, citing the district’s policy of not speaking publicly about  …read more