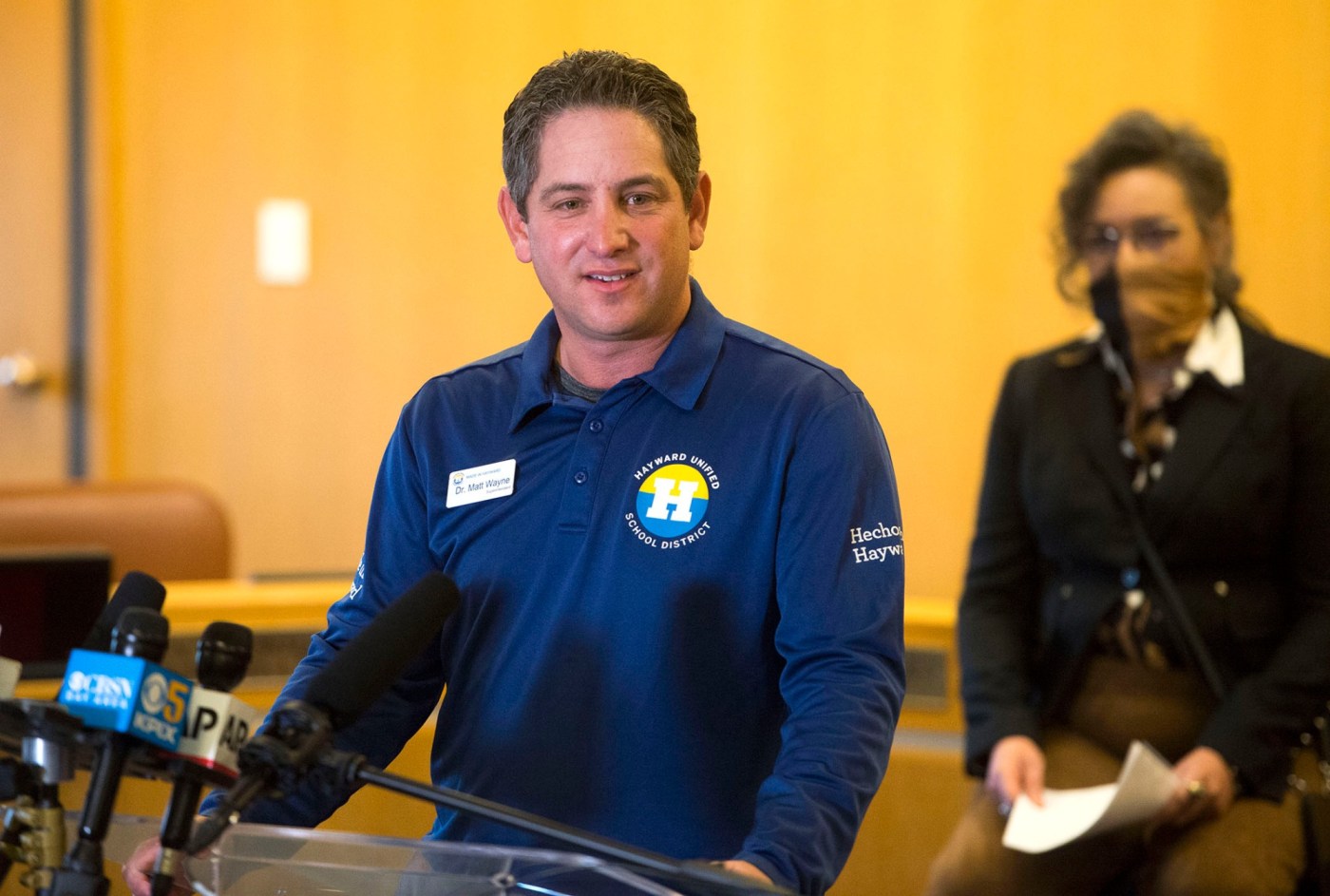 HAYWARD – Hayward Unified Superintendent Matt Wayne is leaving to take a job as the next superintendent of the San Francisco Unified School District beginning on July 1, following five years at his job.

Wayne’s contract is scheduled to be approved at the San Francisco Unified school board’s May 24 meeting.

“I am humbled and excited by the opportunity, but saddened at the thought of leaving this wonderful community I have served for the past 10 years,’’ Wayne said in a statement. “The Hayward Unified School District is such a special place with amazing students, caring families, and incredibly dedicated educators and staff.”

“It’s been an honor to work alongside Dr. Wayne to serve the HUSD community,” she said.

“His leadership, energy and enthusiasm for student success have helped carry HUSD through tumultuous times. We have been very fortunate to have him, and I wish him much success in San Francisco,” Oquenda continued.

The Hayward Unified board will meet in the next few days in a special session to discuss filling the superintendent position and may select an interim superintendent, Bazeley said. He added that they will not have a permanent candidate in place before Wayne leaves.

Hayward Unified has one pre-school, 21 elementary schools, five middle schools, three high schools, one alternative high school and one adult education center. There are about 18,000 students in the district. San Francisco Unified has nearly triple the enrollment at about 49,000 students.

In a news release, United Educators of San Francisco, the union representing that district’s teachers and other employees, said that it had worked hard to ensure that San Francisco Unified …read more