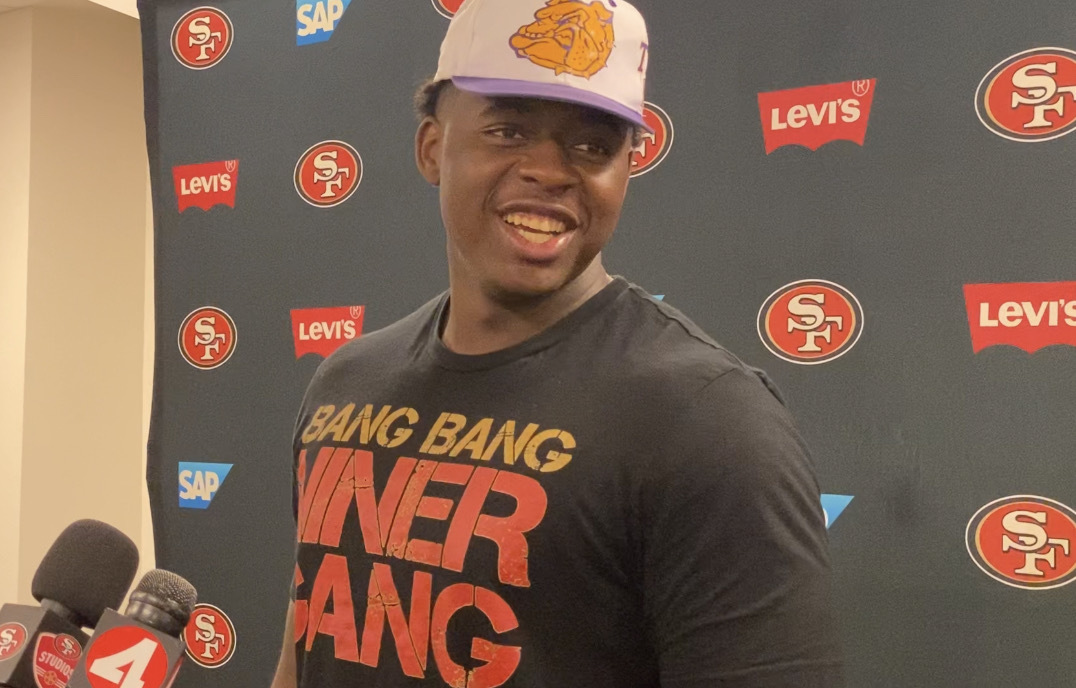 SANTA CLARA — Rookie minicamp is underway at the 49ers’ training facility, and Thursday meant for some introductions. Here are the highlights what some of this year’s rookie crop said in their debut media sessions:

On potentially catching passes from a hard-throwing Trey Lance:

“I worked out with Colin Kaepernick, so he kind of has like a bazooka, too. That workout (last month in Dallas) was pretty great so I think I’m up for the task. My impression of working out with a Super Bowl quarterback, a great quarterback at that, it was a surreal moment for me, really. We didn’t really have a chance to chop it off. I just know he was a great dude. He’s a legend in my book.”

On bringing his speed to the field:

“I’m elite in open space. I can turn the speed on at any time. My speed is natural. You see it with everything I do on the field. … I’m going deep. I’m taking the top off the defense.”

On Kyle Shanahan’s offense (where he’ll enter as a split end):

“I love his offense, as a matter of fact. I love the way he uses Deebo (Samuel), how he uses all the guys on offense. I’ll fit in pretty good here.”

“Growing up, my uncle,  Keldrick Barron, he was my coach when I started playing when I was 5. He always drilled in me: ‘Head down, hard work, and no matter what, be the toughest guy on the field, no matter what.

“I’m going to take it back a little bit: One game, I came out with a bloody nose. I hit my nose real hard. He just told me, ‘Hey, blow it out. Get back out there. Go be tough. Go be you.’ It’s the mindset every time I touch the field. …read more