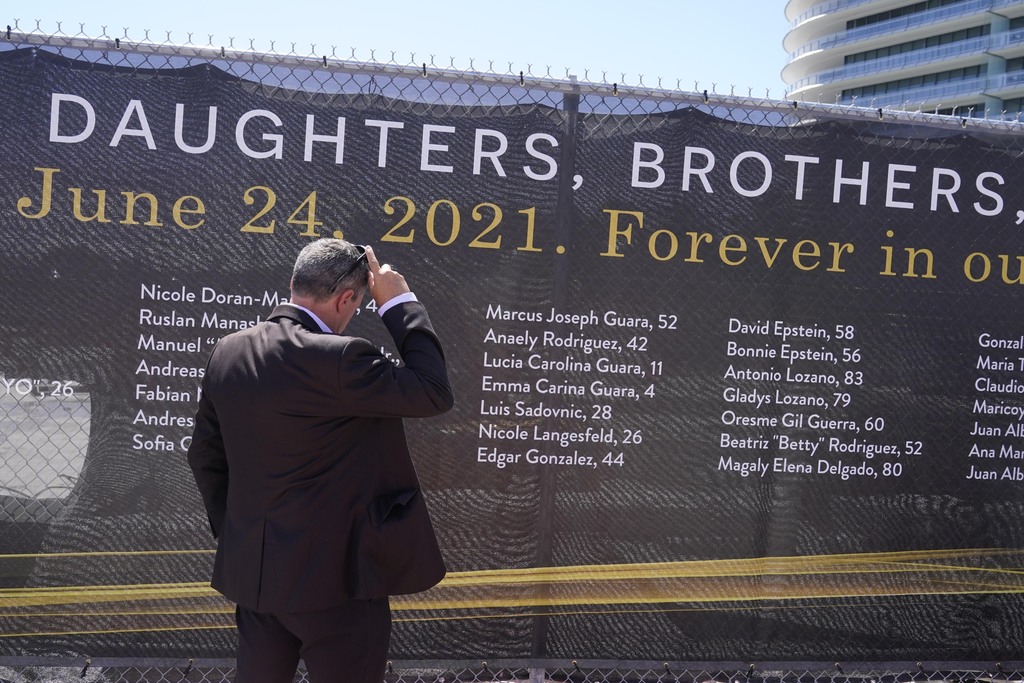 SURFSIDE, Fla. — Gathered at a ceremony Thursday to honor the 98 people who died in a Florida condominium collapse last summer, some of the victims’ family members said they are too deep in mourning to contemplate the nearly $1 billion settlement their attorneys negotiated on their behalf.

Families and local officials gathered at the chain-link fence surrounding the vacant lot where Champlain Towers South once stood for the unveiling of temporary banners adorned with the victims’ names and ages under the heading “Fathers, Mothers, Sons, Daughters, Brothers, Sisters.”

The ceremony took place a day after the surprise announcement that a $997 million settlement had been reached in the families’ lawsuit against local officials, the developers of an adjacent building and others whom they hold responsible for the collapse of the 40-year-old, 12-story beachside building during the early hours of June 24.

For Ronit Felszer Naibryf, whose 21-year-old son Ilan Naibryf was killed in the collapse, it feels like she lost a limb with his death, so it is impossible to fathom the settlement.

“I am still processing that loss,” Naibryf said. “Everything else is a little bit of noise. That’s what it is. I feel that noise, but I don’t really hear anything. It’s watching people’s mouths, and I really have to look at their lips to understand what they are saying.”

Pablo Langesfeld, who lost his 26-year-old daughter, Nicole, said the settlement is “not for closure (but) it does help though.”

“The attorneys did an excellent job,” he said.

Most of the Champlain Towers South collapsed suddenly about 1:20 a.m. June 24 as most of its residents slept. Only three people survived the initial collapse. No other survivors were found despite the around-the-clock efforts of rescuers who dug through a 40-foot (12-meter) pile of rubble for …read more