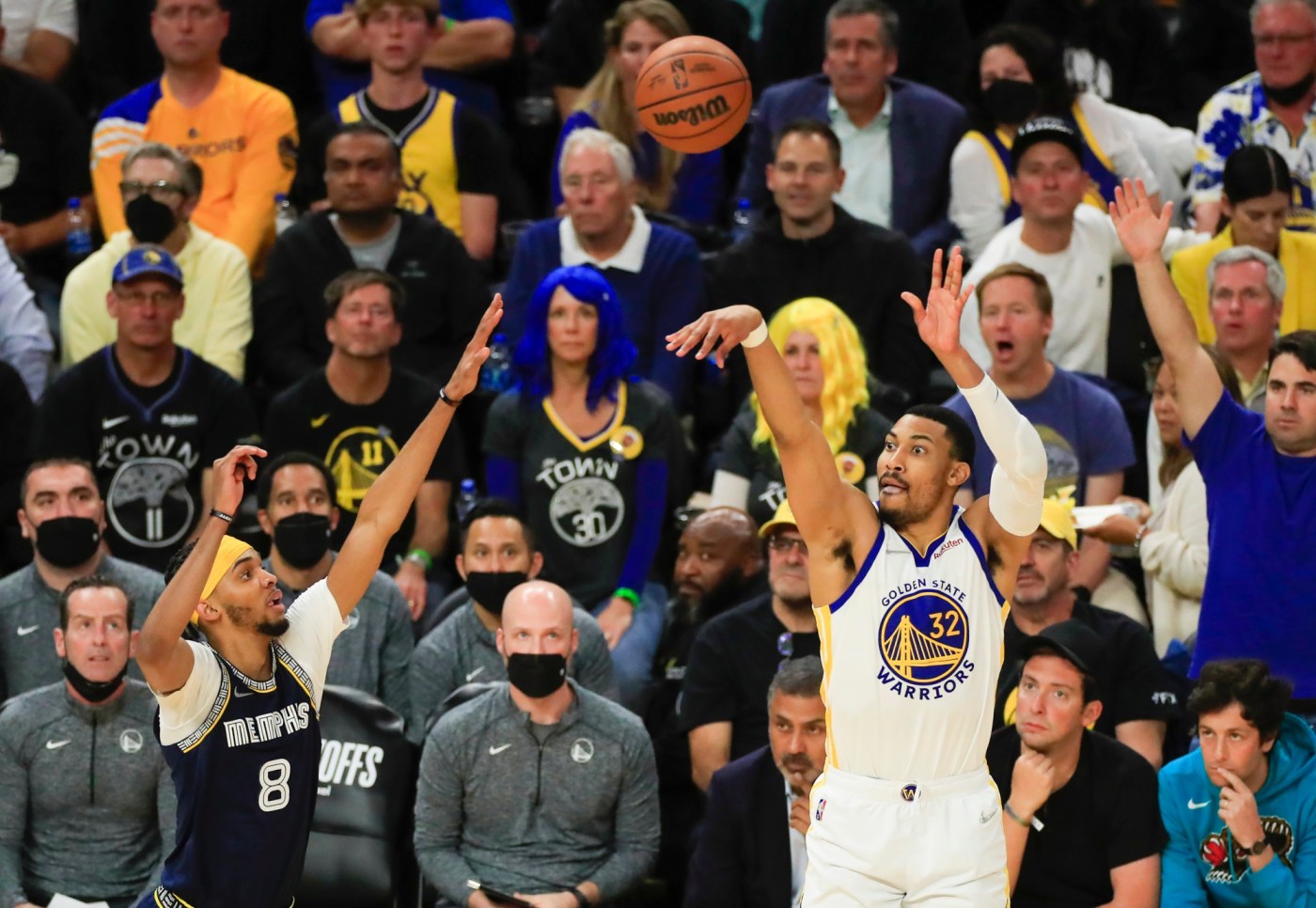 Otto Porter Jr., a crucial part of the Warriors’ success against Memphis, is listed as questionable for Game 6 in San Francisco.

Porter did not return for the second half of Golden State’s Game 5 loss in Memphis, the team announcing that he had right foot soreness. Acting head coach Mike Brown said Porter is “fine,” but could not provide any further details as the Warriors did not practice on Thursday.

The Warriors’ success against Memphis depends partially on their ability to out-rebound them and limit their potent transition offense. Porter’s rebounding, along with Andrew Wiggins, before a disastrous Game 5 loss had them out-rebounding the Grizzlies 196-174.

“Last night for the first time we didn’t do a great job of putting bodies on bodies and keeping them off the glass,” Brown said. “Thats the biggest thing.”

Desperate to even the rebounding numbers, Brown tried to put Draymond Green and Kevon Looney on the floor together for a period of time, which left them with a dearth of scoring options with the team desperate to make an offensive run, too. With Porter out, Brown also turned to Namenja Bjelica — who has only seen garbage time action this series — for some weak-side rebounding help.

Golden State is outscoring Memphis by a collective nine points over the last five games during Porter’s minutes, which is the best among all Warriors players. Jordan Poole follows with a plus-3.2. Before Friday’s 30-point loss, Porter and Poole led all players in the playoffs with a plus-13.3 and plus-12.3, respectively.

Poole has hit a slump since Grizzlies’ star Ja Morant was sidelined with a knee injury after Game 3. With Memphis clogging the paint with Steven Adams, Jaren Jackson Jr. and Brandon Clarke, Poole has been shying away from down-hill drives to …read more