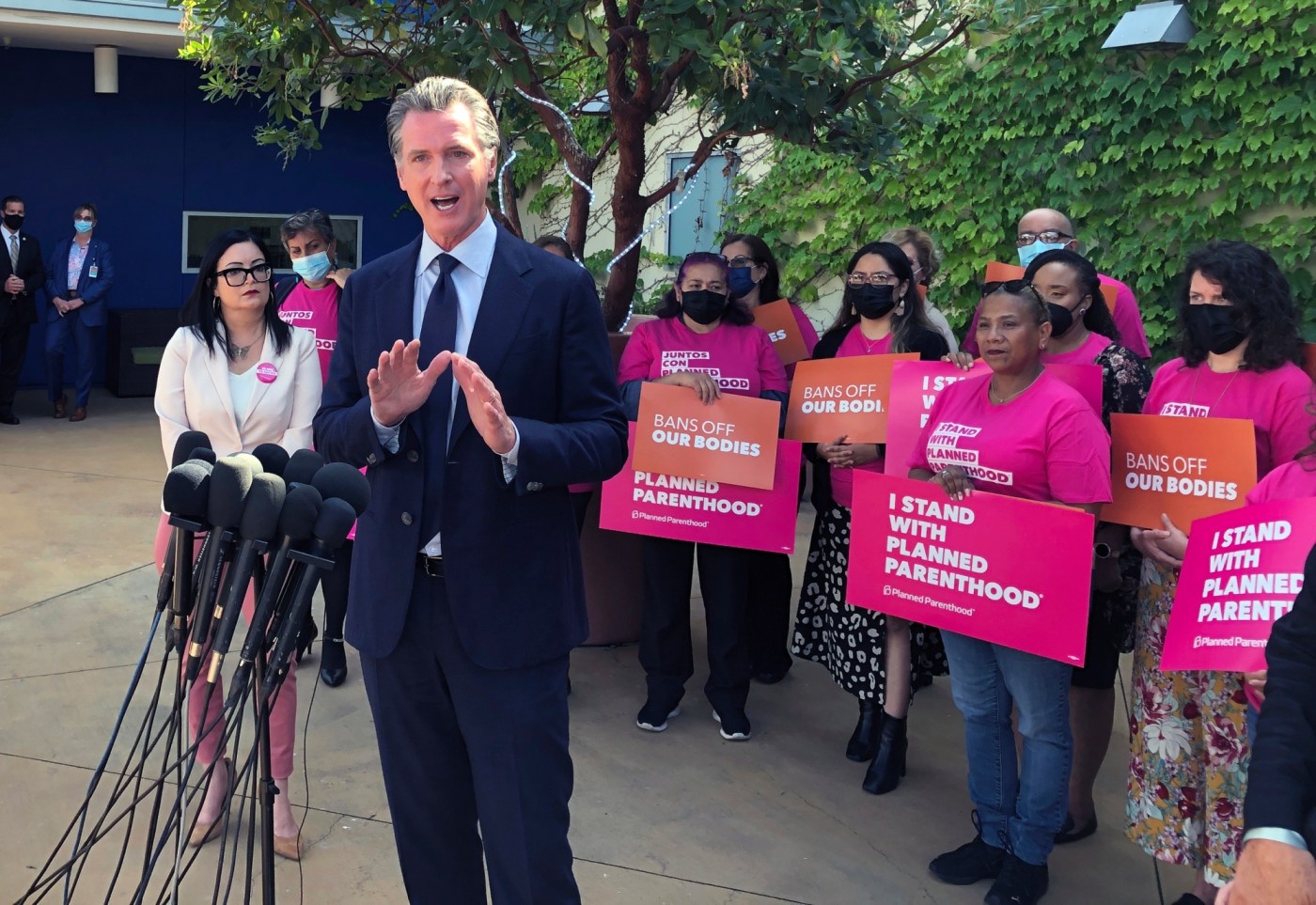 State coffers are once again overflowing amid an unprecedented budget surplus as Gov. Gavin Newsom on Friday unveiled a massive $300 billion spending package that funnels billions in cash payments to vehicle owners and hospital workers while dramatically boosting spending on education and infrastructure.

During his highly-anticipated May budget revision, Newsom said the state’s surplus ballooned to $97.5 billion, more than double a January estimate, in a second straight year of booming budgets. The majority of this surplus is mandated towards education and other spending categories, while lawmakers have discretion over about $49.2 billion, Newsom said.

The overflowing budget is buoyed by a trend accelerated by the pandemic as economic gains enjoyed by California’s wealthiest residents translate into unusually high tax revenue for the Golden State.

“It’s simply without precedent,” Newsom said during a press conference. “No other state in American history has ever experienced a surplus as large as this.”

But despite the rosy outlook, Newsom argued that California needs to ready itself for a stock market downturn by putting $23.3 billion in rainy day fund deposits and taking other fiscal measures. He compared the state’s current budgetary situation to the bubble before the dot-com crash.

“You remember 1999-2000 what happened?” said Newsom as he pointed out high share of capital gains revenue fueling the government’s budgetary largess. “We are deeply mindful of that.”

Among the largest spending categories are $128 billion on primary education – $9 billion more than Newsom’s previous proposal – and a $37 billion bump in infrastructure money, close to double the winter proposal. Newsom, with the backing of Democratic leadership, also wants to strengthen California’s status as a sanctuary state for people seeking an abortion if the U.S. Supreme Court overturns Roe vs. Wade with $125 million in funding for abortion access.

California’s budget boom is so large that the …read more