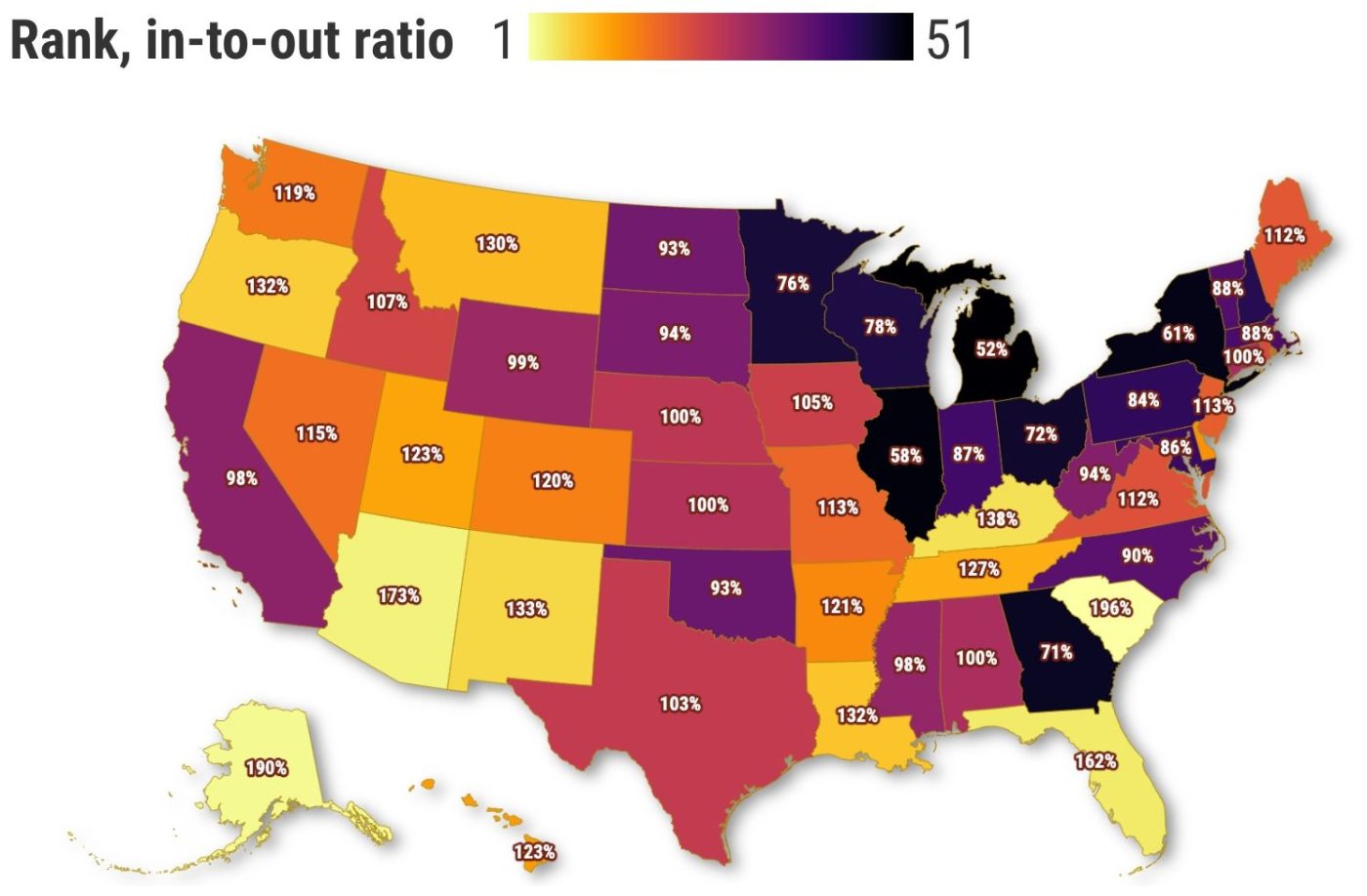 ”Survey says” looks at various rankings and scorecards judging geographic locations while noting these grades are best seen as a mix of artful interpretation and data.

Buzz: There was no exodus of renters from California to start 2022 — as far as their online search habits show.

Source: My trusty spreadsheet reviewed first-quarter migration stats from ApartmentList.com. The website analyzed 1.7 million online searches for apartments by state, including what share of users was looking to exit and how much local searching is coming from elsewhere in the U.S.

Like I said numerous times before — few people leave California and even fewer move here.

To start 2022, 15.9% of Californians seeking a new place to rent looked out of state. That was the second-lowest share among the states. Arizona was the most popular place for Golden Staters to look for apartments.

So, where was the top spot for “outbound” relocations — those potential out-of-state exits?

The District of Columbia had 71% of its apartment seekers looking outside the district. Next was Vermont at 55%, Wyoming at 52%, New Hampshire at 50%, and West Virginia at 49%.

Next, ponder those “inbound” moves — places with most apartment searches that could lead to more new neighbors.

The biggest share of inbound looks was also D.C., with 65% …read more