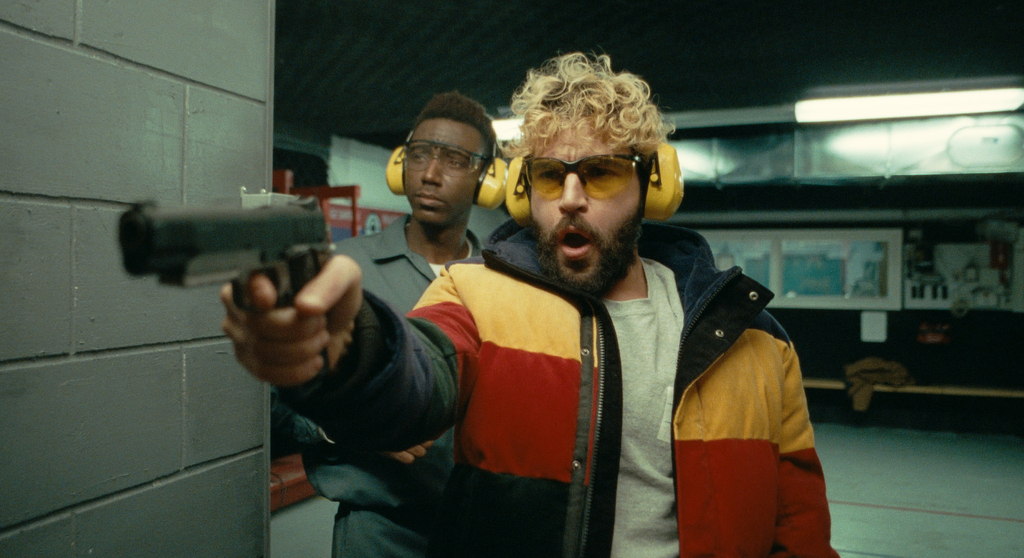 “On the Count of Three” is marketed as a “darkly comic” movie. Well, there’s dark comedy and there’s darker comedy, and then there’s comedy like this — so dark that you wonder if the two words can realistically co-exist in one sentence.

So it’s not clear in which genre to place this edgily confident if bumpy and unsettling directorial debut from talented comedian Jerrod Carmichael, a buddy movie that begins with said buddies pointing loaded guns at each other with the intention of firing at the same time (hence the disturbing title.)

Clearly things won’t be going perfectly to plan, because then there’d be no more movie left. But, just a warning: The sense you might get right then and there of “I’m really not sure I can watch this” will likely stay with you for the full 86 minutes, even as you acknowledge the considerable acting chemistry generated by Carmichael, directing himself, and Christopher Abbott.

So, back to that scene. It comes a few hours into the bleak winter’s day covered by the film. Without divulging too much, Val (Carmichael) and Kevin (Abbott) are longtime friends, but very different trajectories have brought them to this dreary parking lot. Val is working at a landscaping supply store and his best prospects seem to be a promotion to floor manager. He begins this work day by taking all his allotted smoking breaks, not a good sign.

Val decides to go visit Kevin, and suddenly they’re inadvertently presented with an opportunity to break Kevin out of the institution he’s in. Thus begins a day in which they both seek to right the wrongs committed against them, and perhaps some they’ve committed themselves.

The script by Ari Katcher and Ryan Welch makes a game effort throughout to toggle between humor and pathos, levity …read more