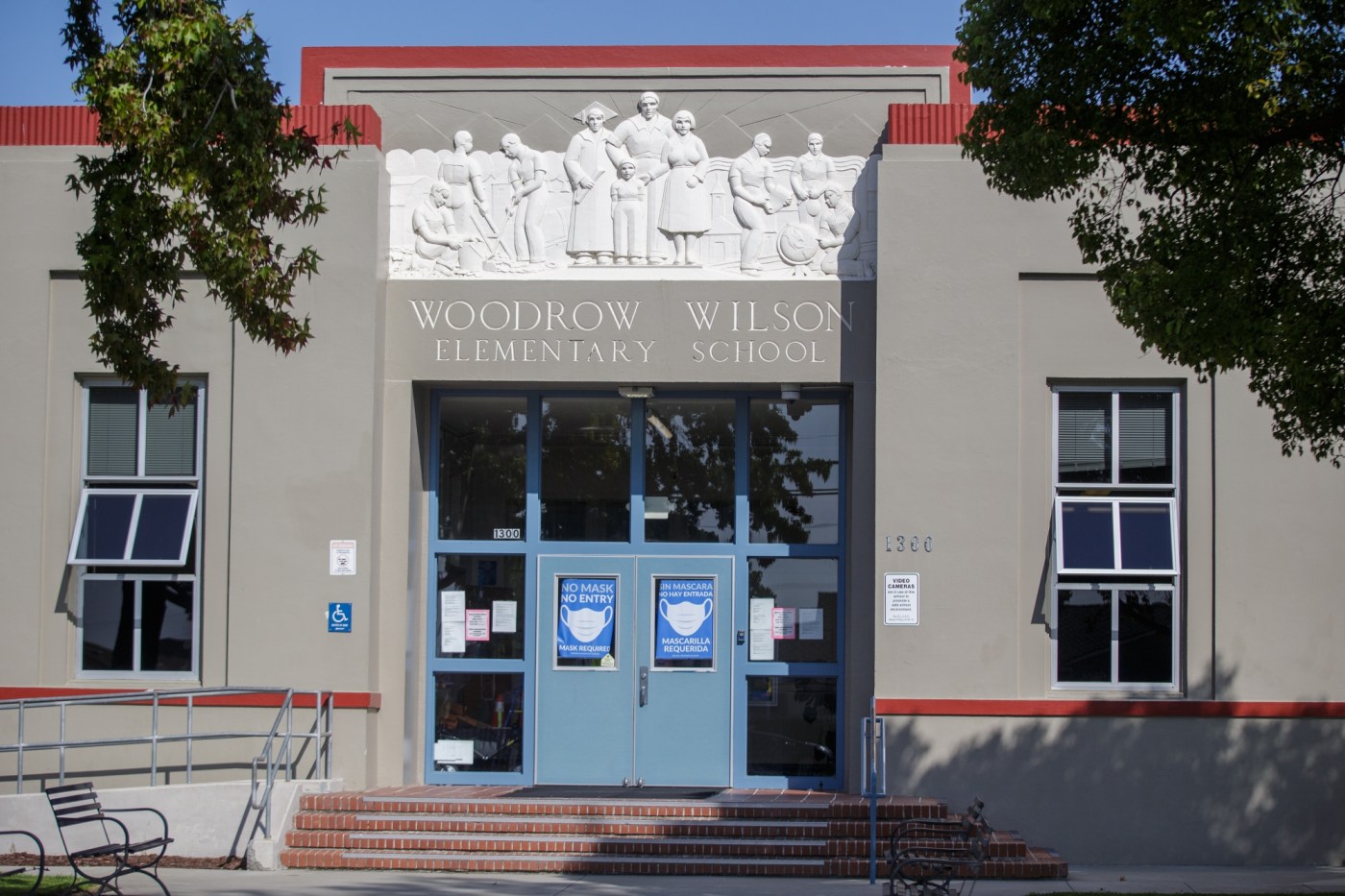 The school will now be called Halkin Elementary. San Leandro is part of the Bay Mewuk Ohlone and Chochenyo traditional homeland, known as Halkin.

The new name, chosen after a two-year community process, was approved by the San Leandro Unified school board on Tuesday.

“I am extremely proud to be a part of the larger San Leandro community, and our school community,  that was willing to do the hard, important work of learning and uplifting who and where we are,” said Principal Virginia Quock in a statement.

The process to rename the school began in June 2020 after more than 75% of the school’s staff and families signed a petition seeking the change.

The petition noted President Wilson’s history of racist and segregationist policies. Wilson was president from 1913 to 1921.

“This is an opportunity for us as a community to uplift another community who has not historically been allowed to speak in these larger public spaces in contemporary history,” said school board President James Aguilar in a statement. “This was the right decision as we are a school district committed to equity.”

The process of changing the name will begin immediately and is expected to be completed before the fall term.

This is not the first area school to have its Wilson name removed.

In February 2020, the board of the West Contra Costa County Unified School District removed Wilson’s name from an elementary school in Richmond. The school is now named after former First Lady Michelle Obama.

The San Leandro school board voted to remove Wilson’s name from the school in September 2021, but did not choose a new name at that time.

“Halkin” was selected after schoolwide research of the history of the school’s land, with the help of the San Leandro …read more