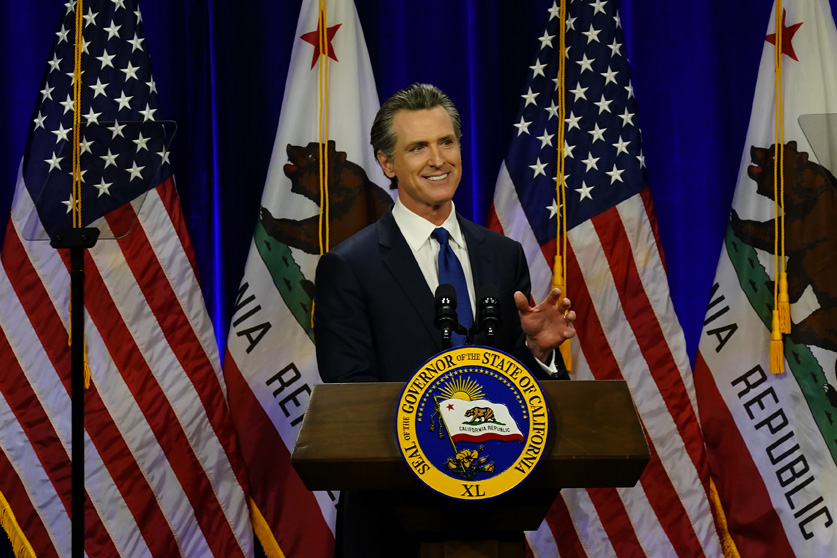 Gov. Gavin Newsom was smart to attack fellow Democrats for being wimps in the culture wars, including the fight over abortion rights — whether he was all wet or not. It was good party politics.

That harsh rhetoric and a lot more like it can propel him onto the national political stage, appeal to progressive Democrats who are impatient with the Biden administration and Congress — and begin to position himself for a future White House run.

Newsom and his advisors, of course, insist there hasn’t been a whisper of discussion about him running for president and he isn’t even thinking about it.

OK, but come on: For a California governor to look in the mirror and not see a future president wouldn’t be human.

Never mind that a California Democrat has never been nominated for president and the odds of one getting elected are steeper than Rich Strike winning the Kentucky Derby at 80 to 1. But that doesn’t mean Newsom wouldn’t be tempted to try given half an opportunity. Like if President Biden didn’t run for reelection in 2024.

More likely, he could wait while holding down another top office, such as U.S. Sen. Dianne Feinstein’s seat. She’ll surely retire when her term expires in 2024, if not before. Newsom’s only 54.

When Newsom asked rhetorically at a news conference last week, “Where the hell’s my party?” on culture wars, he was probably opening the ears and eyes of rank-and-file liberal voters across the country. “Why aren’t we standing up more firmly?” he declared.

“[Republicans] always do these culture wars. Where is the counteroffensive in the Democratic Party? Why aren’t we waking up to that?”

Newsom was referring not only to the Supreme Court being on track to overturn Roe vs. Wade, the 1973 decision that has allowed women nationwide to terminate a pregnancy. He was speaking about all the …read more