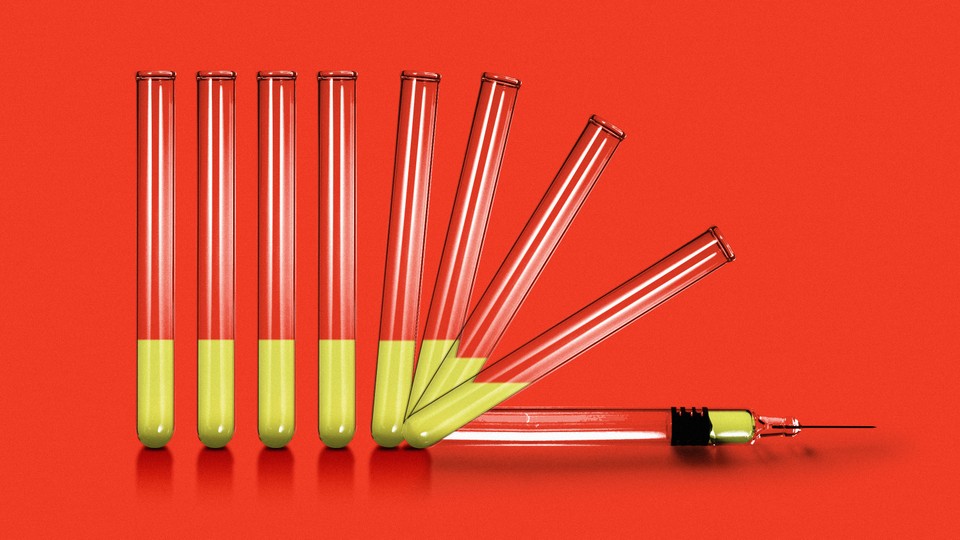 Up here in the Northern Hemisphere, the spring weather’s just barely warming, but regulators in the United States are already wringing their hands over a tricksy fall brew: the contents of the COVID shot that vaccine makers are prepping for autumn, when all eligible Americans may be asked to dose up yet again (if, that is, Congress coughs up the money to actually buy the vaccines). In a recent advisory meeting convened by the FDA, Peter Marks, the director of the agency’s Center of Biologics Evaluation and Research, acknowledged the “very compressed time frame” in which experts will need to finalize the inoculation’s ingredients—probably, he said, by the end of June.

Which is, for the record, right around the corner. A big choice is looming. And whatever version of the virus that scientists select for America’s next jab is “probably going to be the wrong one,” says Allie Greaney, who studies the push and pull between viruses and the immune system at the University of Washington and the Fred Hutchinson Cancer Center.

Unavoidably, several months will separate the selection of this autumn’s vaccine and the deployment of said shot. That’s eons in coronavirus time. Half a year ago, we were all still living in Delta’s world; now a whole gaggle of Omicrons are running the show. Any decision that scientists make in June will have to involve assumptions about how SARS-CoV-2 will shape-shift in the future, which exactly no one is eager to make. “We keep getting burned,” says Adam Lauring, a virologist at the University of Michigan. Perhaps the virus will stay on its Omicron bender, making an Omicron vaccine—a favorite for the fall’s jab jubilee—sound like a no-brainer. Or perhaps by the time summer’s through, it will have moved on to a Rho, Sigma, or Chi …read more