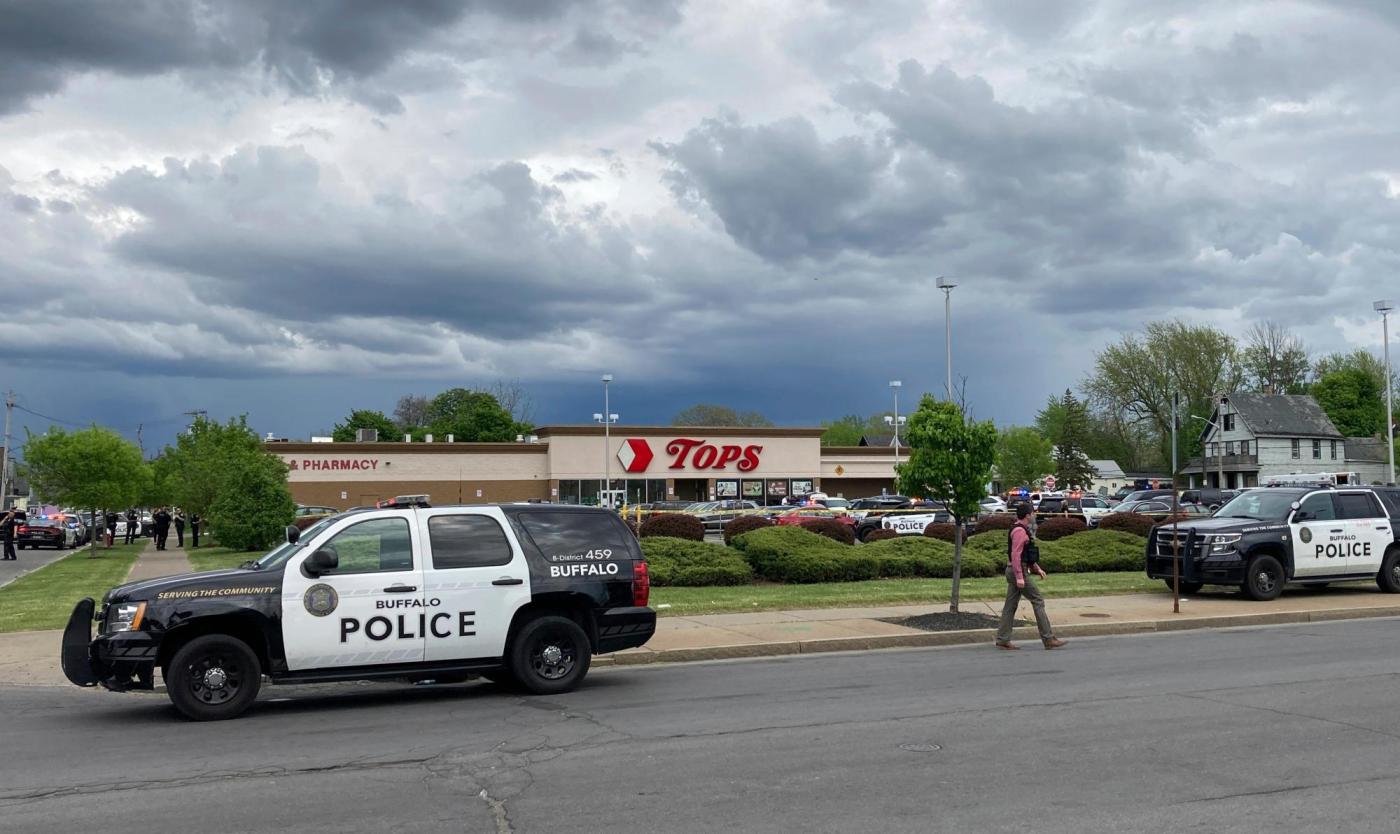 Details on the number of additional people shot at the Tops Friendly Market and their conditions weren’t immediately available. Buffalo police said earlier Saturday afternoon that the alleged shooter, who was not identified, was in custody.

The two officials were not permitted to speak publicly on the matter and did so on the condition of anonymity.

Police officials and a spokesperson for the supermarket chain did not immediately respond to messages from the AP seeking comment.

The gunman entered the supermarket with a rifle and opened fire, one of the officials said. Investigators believe the man may have been livestreaming the shooting and were looking into whether he had posted a manifesto online, the official said.

The official cautioned the investigation was in its preliminary stages and that authorities hadn’t yet discerned a clear motive, but were investigating whether the shooting was racially motivated.

The supermarket is in a predominately Black neighborhood, about 3 miles (5 kilometers) north of downtown Buffalo. The surrounding area is primarily residential, with a Family Dollar store and fire station near the store.

Witnesses reported the gunman was wearing military-style clothing and body armor, one of the officials said

Braedyn Kephart and Shane Hill, both 20, pulled into the parking lot just as the shooter was exiting. They described him as a white male in his late teens or early twenties sporting full camo, a black helmet and what appeared to be a rifle.

“He was standing there with the gun to his chin. We were like what the heck is going on? Why does this kid have a gun to his face?” Kephart said. He dropped to …read more