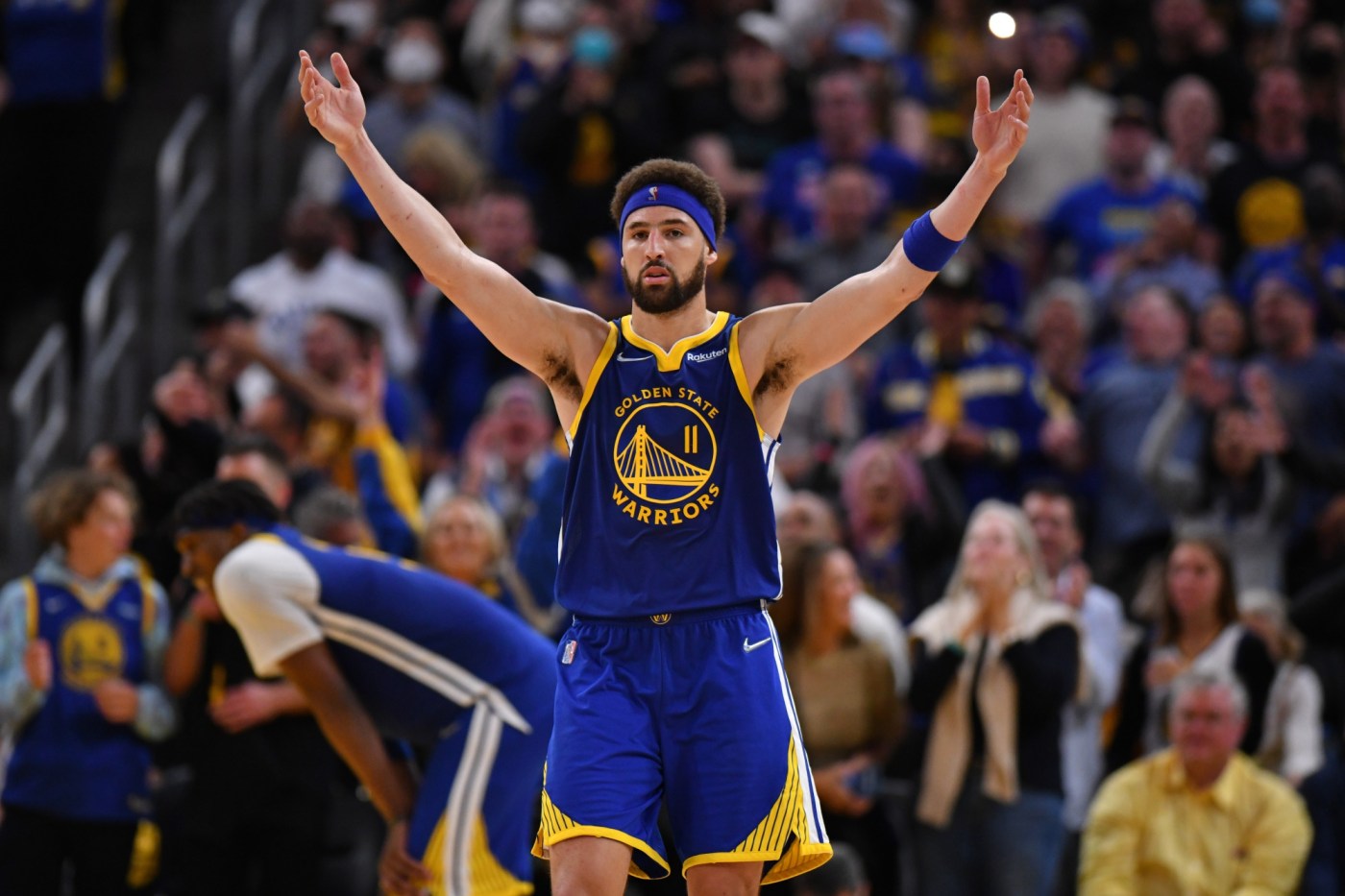 SAN FRANCISCO — Less than three minutes remained, all the Warriors needed to put the Grizzlies away was one dagger from one of their prolific scorers. Klay Thompson rose up and hit a 3-pointer, his eighth of the game, and sent Chase Center into a frenzy.

Thompson ran to the baseline to celebrate with them, holding up five fingers on one hand and one finger on the other, beating his chest. “Game 6 Klay” had returned, and Thompson wanted everyone to know it. And he was needed.

The Grizzlies, fighting for their lives, had an answer for every run. Still fending off a challenge in a close game, the Warriors just needed a few plays to make the score untouchable. Those final minutes saw Andrew Wiggins hit two key 3s, Steph Curry hit three after scuffling all game and Kevon Looney play every second of the fourth quarter while vacuuming eight of his 22 total rebounds.

But Thompson’s 3-pointer late was the cherry on top of a 30-point quintessential “Game 6 Klay” performance that was the difference between another four-hour flight to Memphis for Game 7 and a 110-96 clinching victory on Friday night.

“It’s just something that comes naturally,” Thompson said. “I don’t, you know, go to sleep last night thinking of scoring 30 or shooting the ball well. I was just thinking about how far I’ve come and how grateful I am to have another close-out game at Chase Center.”

For the unfamiliar, “Game 6 Klay” is a nickname for Thompson that began in the 2016 playoffs, when he scored 41 points and playoff-record 11 3-pointers in a Game 6 win against Oklahoma City, leading to Golden State erasing a 3-1 deficit on their way to the Finals. In those Finals, Thompson scored 25 in the Game 6 loss to the Cavaliers.