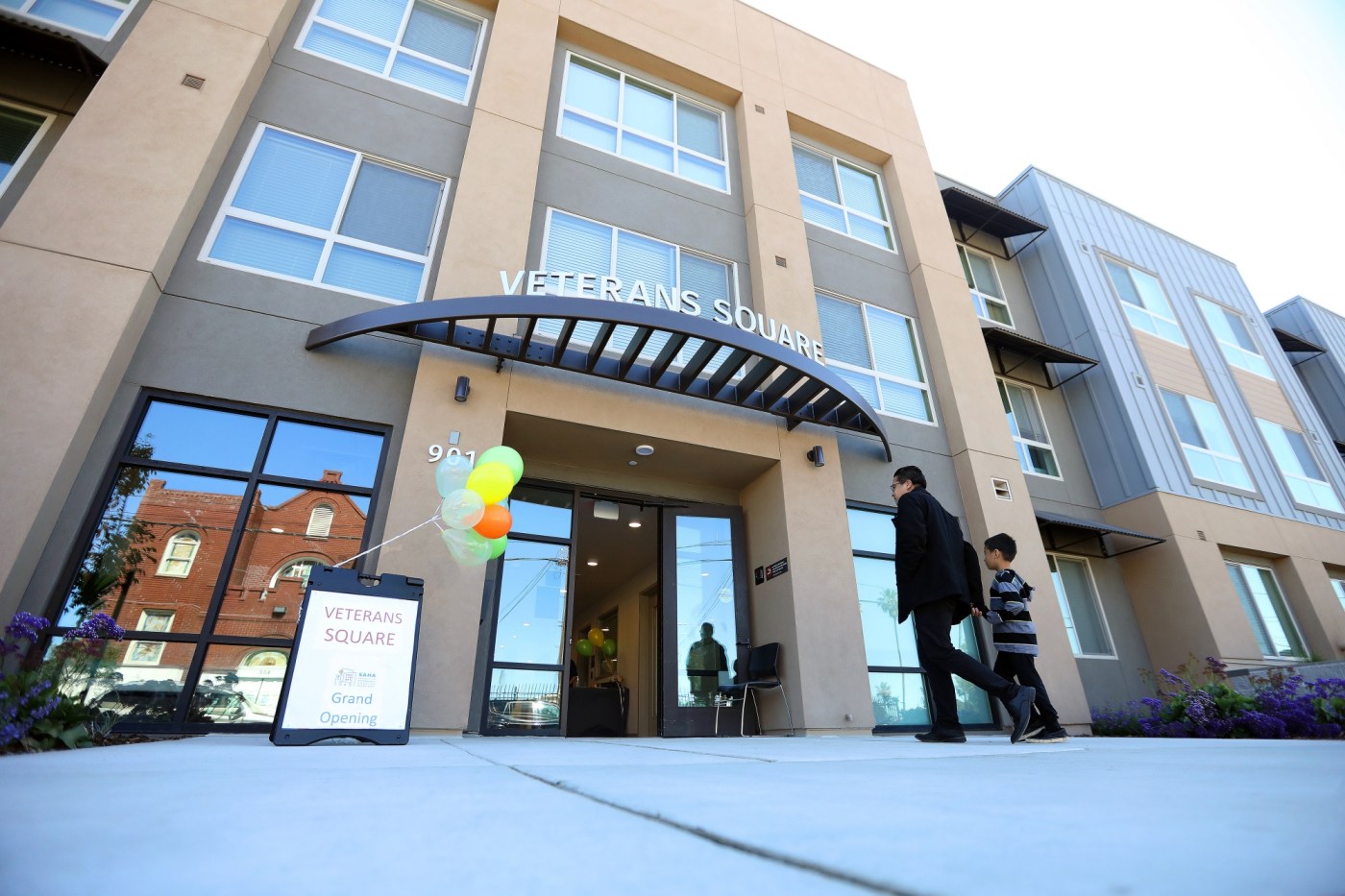 A dozen years after it was envisioned, an affordable apartment complex for low-income veterans and others facing homelessness has opened in Old Town Pittsburg.

Over the years, the planned Veterans Square apartments at 901 W. Los Medanos St. has been both supported and criticized for its prime downtown location, but at the grand opening on Wednesday, one could only hear the accolades​​.

“I’m very grateful,” new resident Dawn Drewer said in an interview before the grand opening where she was a featured speaker. “It’s just hard to believe I have a place of my own.”

A Danville native and former Pittsburg homeowner, Drewer, now 58, said she fell on hard times following a divorce and medical problems that stemmed from an accident years earlier, while her parents died last year, leaving her with little support. Over the years, she has lived with her boyfriend’s mother, her sister and most recently in shelters in Concord and Richmond before applying for a Veterans Square apartment, for which she pays 30% of her disability income.

“I’s in a really nice area in downtown,” she said, adding that security measures help keep the residents safe.

Located close to restaurants, bus services and the Pittsburg Center BART Station, the Satellite Affordable Housing Associates’ Veterans Square features solar thermal systems and other green features, as well as room for a community garden. The three-story building includes 28 one-bedroom and two two-bedroom apartments, ranging from 575 to 783 square feet, with an on-site manager.

“Satellite Affordable Housing Associates is thrilled to continue our work to serve veterans and end veteran homelessness in Contra Costa County,” Susan Friedland, chief executive officer of SAHA, said in a statement. “Affordable homes for veterans are desperately needed throughout the county and the state. According to the United States Interagency Council on Homelessness, there are over 10,000 veterans …read more