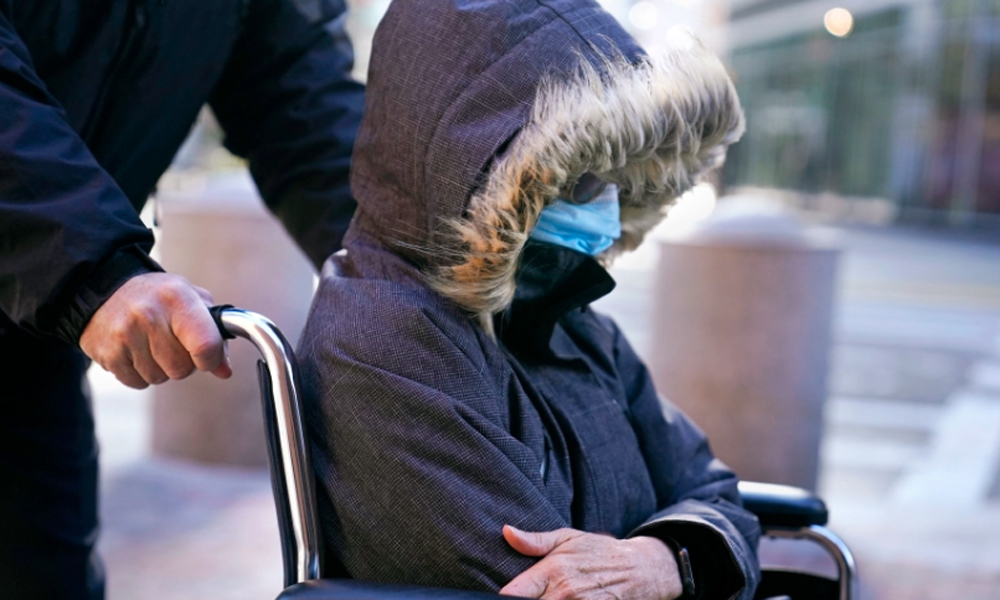 As some “Varsity Blues” moms and dads are allowed to return to their jet-setting ways, one college admissions cheater from California isn’t so lucky.

San Diego television executive Elisabeth Kimmel, who is under a year’s house arrest for scamming her kids into Georgetown University and the University of Southern California, was denied a request to attend a graduation at the University of Illinois and do business while there.

It is the daughter who got into Georgetown in 2013 who is now graduating from law school at Illinois.

U.S. Attorney for Massachusetts Rachael Rollins called the appeal wrong in so many ways.

“It would be a perverse result to allow the defendant to be released from custody to attend and celebrate the higher-education accomplishments of her children,” Rollins wrote. ” … Her fraud, bribery and lies … are why she is serving a federal sentence as a convicted criminal in the first place.”

Kimmel reportedly paid $525,000 in her successful effort to get her children accepted to college as recruits in sports they did not actually pursue — tennis for her daughter, pole-vaulting for her son.

Kimmel claimed she suffered “cardiac injury” after being served a warrant by the FBI and would have risked her life by going to trial. She pleaded guilty to conspiracy to commit mail and wire fraud, and attended her sentencing hearing in a wheelchair.

She now must sit tight in her “8,000-square-foot penthouse condominium,” the feds said.

Court records show that two Bay Area parents convicted in the wide-ranging scam are among those who have been allowed to travel lately.

• Liquor magnate Marci Palatella of Hillsborough, who is under home detention, was allowed to travel to Bardstown, Ky., last week and again in July, court records state.

She co-owns a distillery in Kentucky with her husband, former San Francisco 49ers linebacker Lou Palatella.

She was …read more