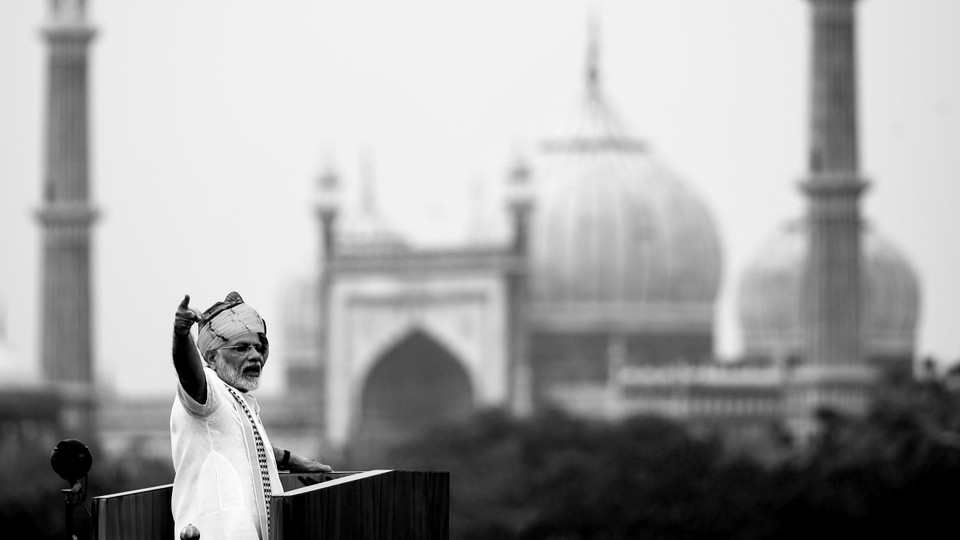 New Delhi is more than 2,000 years old and has served as the center of multiple empires and kingdoms, making it one of the oldest continuously inhabited places in the world. By the 17th century, what is now known as Old Delhi was the capital of the Mughal empire. The British, who came later, sited their capital in Calcutta (now Kolkata) before eventually deciding to move it back. In 1911, King George V laid the foundation stone of a new capital to be built within Delhi—New Delhi. The city was at that point not fully equipped to accommodate India’s governing apparatus, requiring huge amounts of new infrastructure, which was ultimately designed by Herbert Baker and Edwin Lutyens. Finally, in 1931, New Delhi was inaugurated. Today, Indian Prime Minister Narendra Modi and his ruling Bharatiya Janata Party are seeking to impose Modi’s image on the capital architecturally as he has politically, remaking it and doing away with what came before.

“Built environments,” the academic Leslie Kern writes in Feminist City, “reflect the societies that construct them.” The Indian capital is no different. All of these Delhis, old and new, have been visible to visitors. In less than an hour, you could walk from the gardens of the 16th-century Humayun’s Tomb to India Gate, which was unveiled on the eve of New Delhi’s inauguration. When I worked in Connaught Place, a shopping and business hub that was itself built during New Delhi’s 20-year gestation, I would often visit one or the other, or much else besides.

But now Modi is undertaking an ambitious plan to refashion the entirety of what we call Lutyens’ Delhi, due to be completed in 2024. The Central Vista Redevelopment Project involves revamping much of Rajpath—the main route linking the capital’s government offices—spurring the construction of new buildings …read more