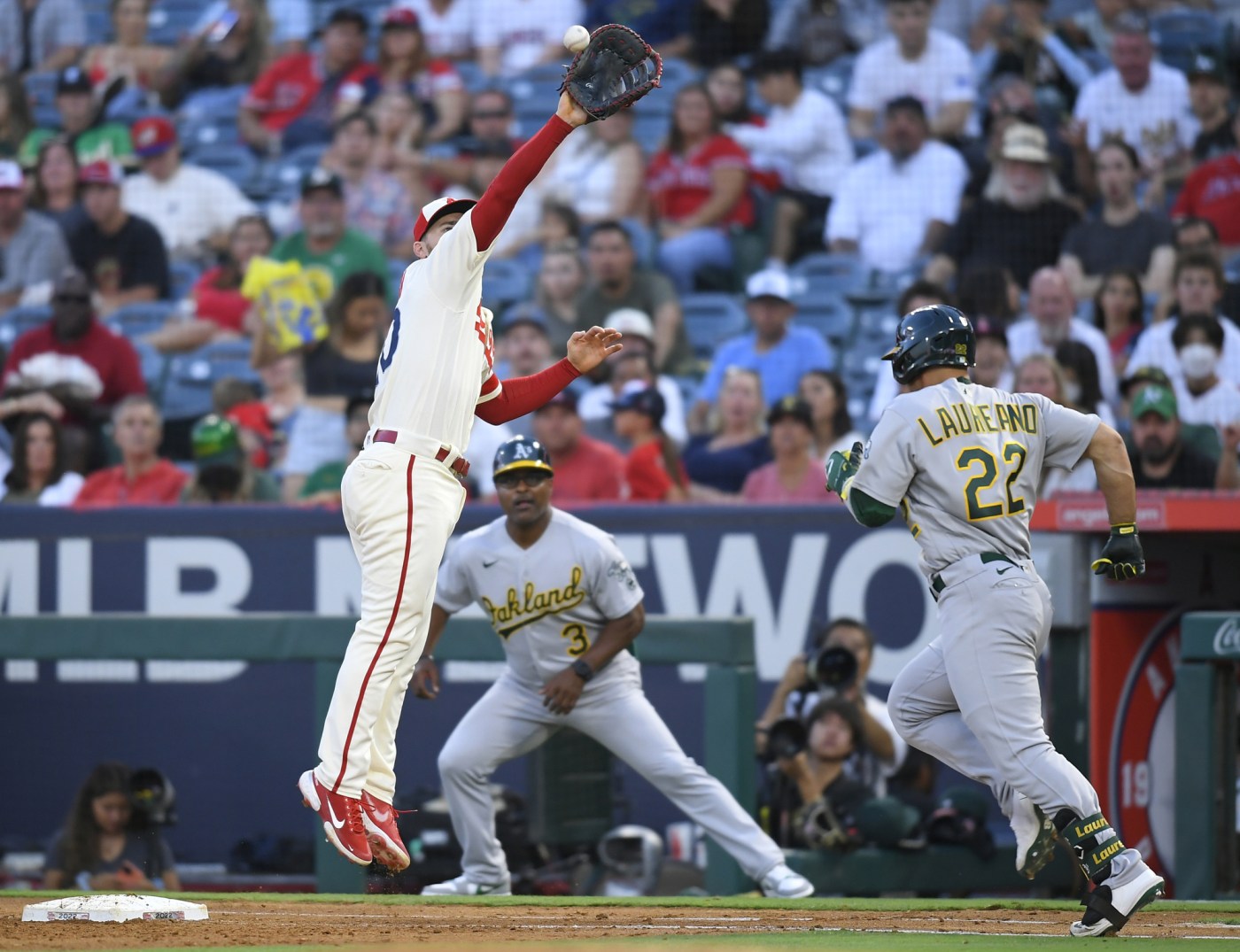 ANAHEIM (AP) — Sean Murphy homered and drove in three runs off Shohei Ohtani, leading the Oakland Athletics to a 3-1 victory over the Los Angeles Angels on Wednesday night.

James Kaprielian (3-5) pitched six-hit ball into the sixth as the A’s snapped their three-game losing streak by beating Ohtani (9-7), who has no victories over Oakland in five mound appearances since 2018.

The Angels’ offense again failed to provide run support for Ohtani, who went 0 for 3 as the designated hitter before getting pulled for a pinch-hitter in the seventh. Los Angeles had pinch-hit for Ohtani only twice previously this season, both occurring after Ohtani felt minor injuries.

Luis Rengifo had a tying RBI double in the fifth for the Angels, who have lost four of six in another dismal season.

Murphy had an RBI single in the fourth before driving a two-run homer to left in the sixth for Oakland. The catcher was 0 for 5 in his career against Ohtani before those consecutive run-scoring hits.

Zach Jackson pitched the ninth for his third save — Oakland’s first since closer Lou Trivino was traded to the Yankees.

Mickey Moniak started in center field and went 0 for 2 in his debut with the Angels, who acquired the former No. 1 overall pick from Philadelphia while trading Noah Syndergaard on Tuesday. Left-hander Tucker Davidson also arrived in Anaheim from Atlanta with plans to enter the rotation Sunday in Seattle.

Ohtani started out with three innings of one-hit …read more