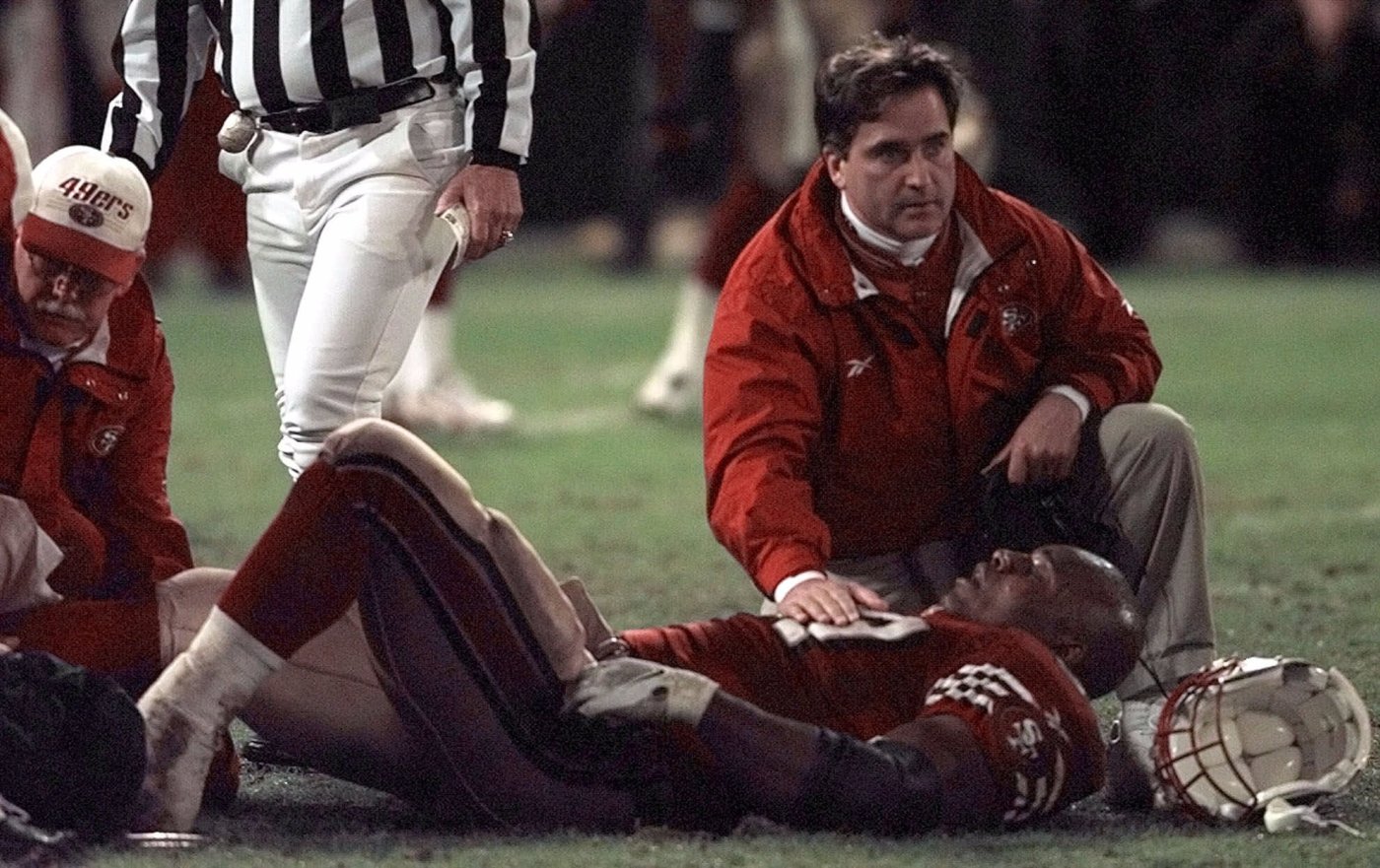 When the bronze bust of Bryant Young is unveiled Saturday night in Canton, Ohio, at least one of his 49ers teammates will see the silhouette of another right beside it.

It will have the likeness of Ken Norton Jr.

“When you have a guy that close to you make the Hall of Fame, you really feel like you’re going in with him,” Norton said Thursday in a phone interview. “That’s really special.”

Young and Norton are linked by having played seven seasons and 10 postseason games together and were key contributors to the 49ers’ last Super Bowl championship following the 1994 season. Young will be one of seven people enshrined, while Norton watches with interest from a distance in his new job as inside linebackers coach at UCLA.

Norton, an inside linebacker with the 49ers who retired after the 2000 season, had a front-row seat to see Young, a defensive tackle, lay waste to opposing defenses. Their bond was strengthened following a gruesome friendly fire injury before a Monday Night audience on Nov. 30, 1998 against the New York Giants at Candlestick Park.

On a sack of quarterback Kent Graham, Norton’s helmet slammed into Young’s right leg. The crack of Young’s tibia and fibula, followed by Young’s screams of pain, were heard by players on both teams.

“Kenny was really unfair to himself,” former 49ers coach Steve Mariucci recalled entering the following season. “He put so much guilt on himself.”

Norton drove to Stanford Hospital and was instantly comforted by Young and his wife Kristin. At the time, Norton said of the …read more