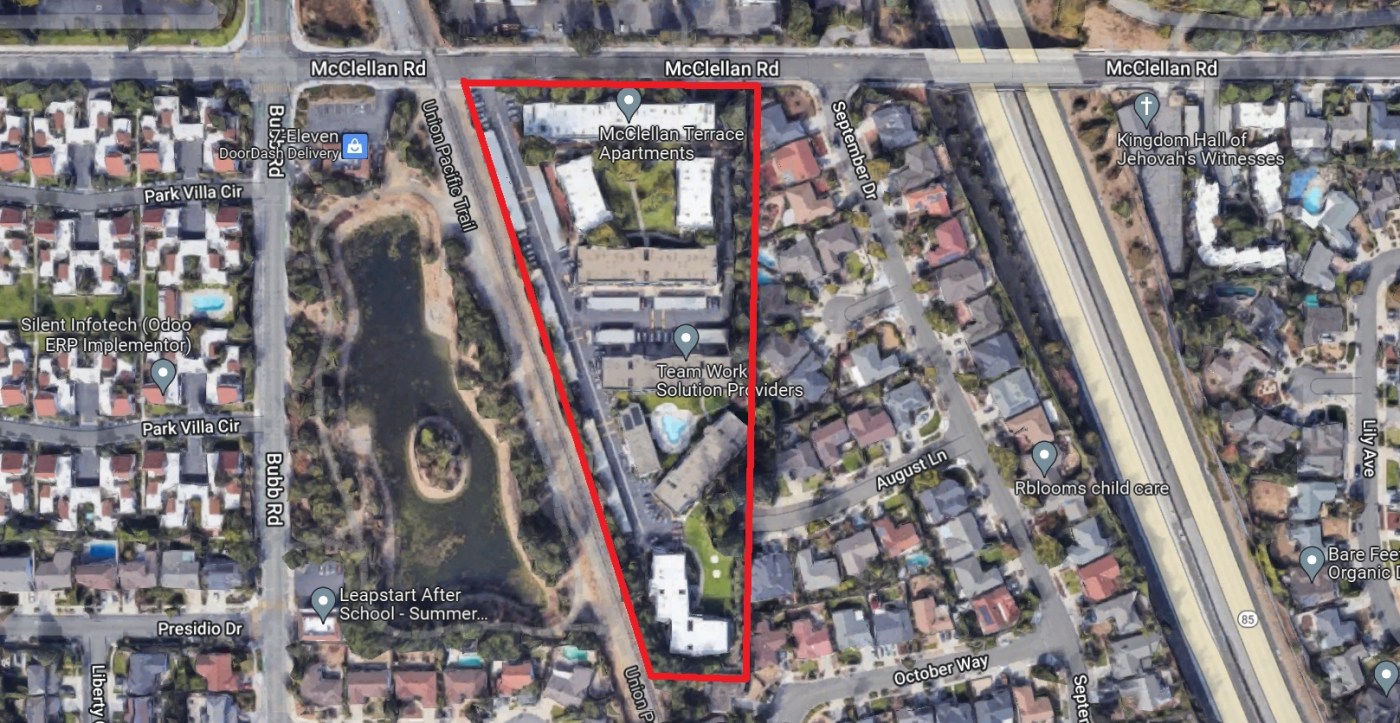 CUPERTINO — A Cupertino apartment complex near one of Apple’s long-time major office hubs has been bought by one of the Bay Area’s biggest housing developers.

Prometheus Real Estate Group, acting through an affiliate, has bought the McClellan Terrace apartment complex in Cupertino, according to documents filed on Aug. 4 with the Santa Clara County Recorder’s Office.

San Mateo-based Prometheus paid $52 million for the apartment property, which is located at 7918 through 7954 McClellan Road in Cupertino, the county records show.

An affiliate headed up by Doris Davis, an individual based in San Jose, sold the apartment complex to Prometheus Real Estate, according to the public documents.

Where are California’s weakest housing markets?

McClellan Terrace is a 94-unit apartment property that was built in 1971, the apartments.com website states. The complex consists of multiple two-story buildings.

A big Apple office campus on Results Way that the tech titan has occupied since 2011 is two minutes away by car from the apartments. De Anza College is about a two-minute drive from McClellan Terrace.