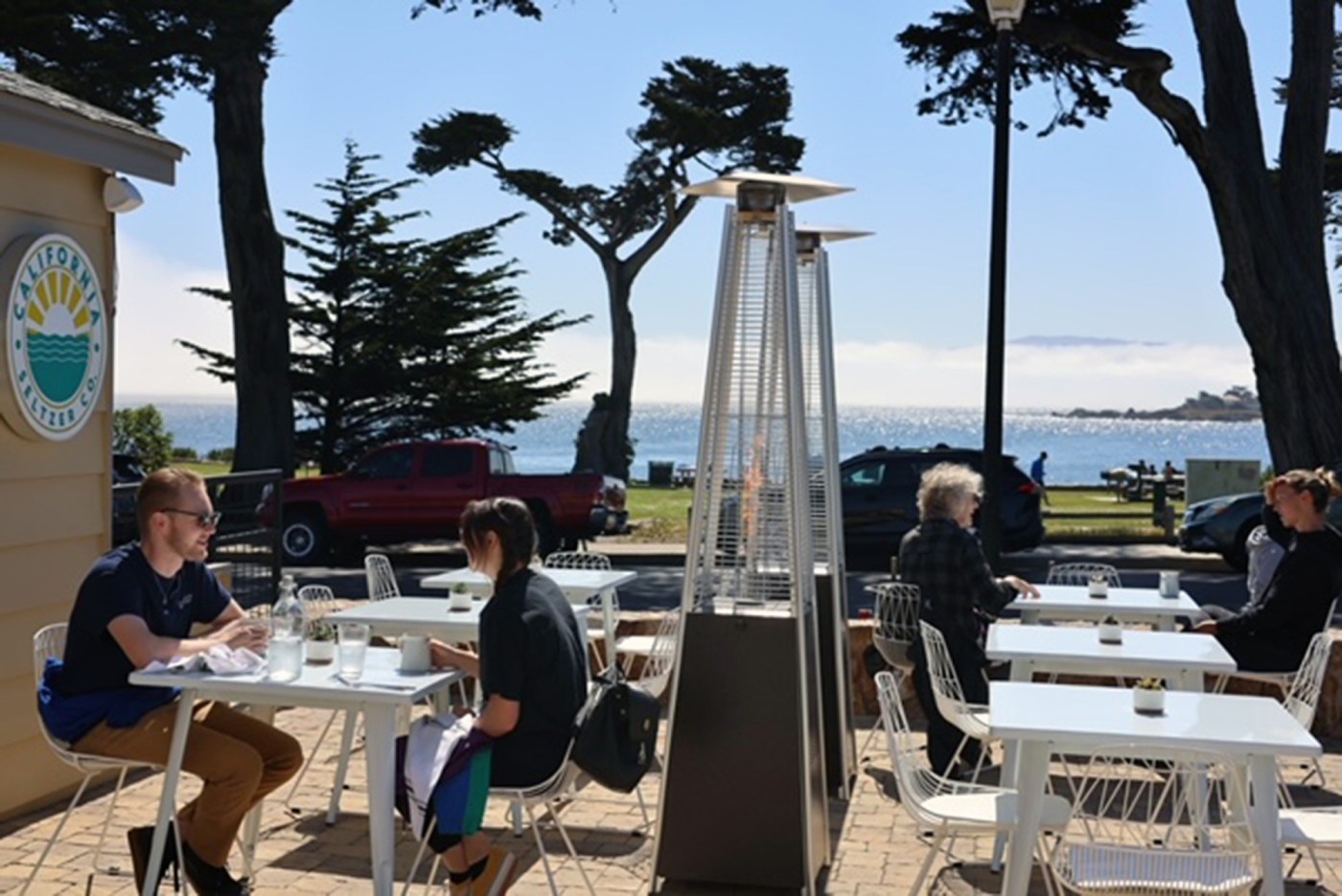 PACIFIC GROVE — Bringing an effervescence to Lovers Point in Pacific Grove, the California Seltzer Co. has begun filling the space at 631 Ocean View Blvd. to become the first “seltzery” in California.

Veronica Camp, one of the founders of the company, said that during the process of creating the hard seltzer the company is known for, the subject of opening a seltzery was jokingly brought up but gained steam the more the idea was tossed about.

“There is a small amount of (seltzeries) in the U.S., … one in Oregon, one in Colorado, and one in North Carolina. But California didn’t have one,” said Camp.

After researching possible locations in the state including Sacramento and Napa, the Pacific Grove location bubbled to the top. The site is situated in the crux of the elbow of Ocean View Boulevard directly across from Lovers Point.

“I’d traveled here before and I had the fondest memories of Lovers Point,” said Camp. “We saw the spot and we wanted to try to make it happen at that location.”

Camp and her two other co-founders, Joseph Ehlers and Charlie Lippert, are the principals behind the seltzer business venture. Camp is head of marketing and public relations, Ehlers is the brewer of the product, and Lippert is head of operations. Ehlers and Lippert are also co-founders of Five Window Beer Co. out of Lodi, which is also part of the fare offered at the taproom and restaurant.

The seltzer is made from fermented cane sugar, a malt base, and the addition of different flavors to create unique profiles, such as hibiscus-lime, pineapple-lemon, and berry-rush, making the seltzer as refreshing as possible and not overly sweet, explained Camp. Hard seltzer refers to the alcohol content, which comes in at 4.5% by volume, similar to what is found in a light beer, but …read more