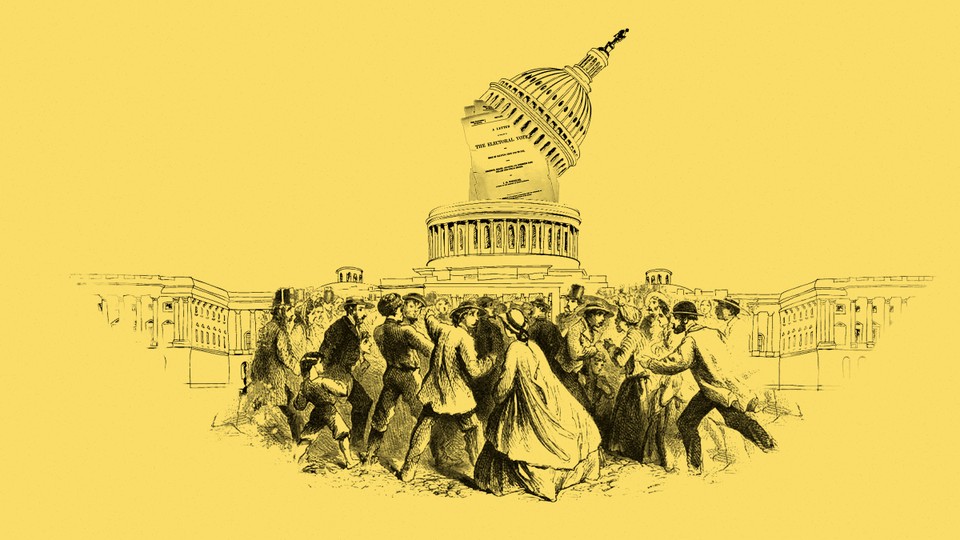 Preventing the next attempt to overturn an election is a bit like playing whack-a-mole. Plug one gap in the nation’s rickety, interlocking system for counting votes—say, by ensuring that a power-hungry vice president cannot unilaterally declare his or her ticket the winner—and another pest seems to materialize immediately.

Congress is confronting this reality as it tries to rewrite a 135-year-old law governing the final, fraught act of certifying the Electoral College results—the very statute that former President Donald Trump used as a pretext to demand that then–Vice President Mike Pence anoint him the victor on January 6, 2021. Last month, a bipartisan group of senators announced, to substantial fanfare, that it had reached an agreement to revise the 1887 Electoral Count Act. But closing off every path to subversion is proving to be a tricky task.

The legislation is modest in scope; its aims are not. The proposal’s authors believe that its enactment is necessary to guarantee that the violent insurrection that occurred last time around does not become a quadrennial affair. “That happened. It was real. It was not a visit from friends back home,” Democratic Senator Joe Manchin of West Virginia, Congress’s most famous centrist and a co-sponsor of the bill, testified Wednesday at a hearing on the measure. “And we have a duty to ensure that it never happens again.”

Election-law experts across both parties agree that the Senate proposal, known as the Electoral Count Reform Act, would resolve legal ambiguities that Trump and his allies tried to exploit before the transfer of power. As written, the bill would clarify that the vice president, regardless of party, has only a ministerial role in presiding over Congress’s certification of the Electoral College vote. The proposal would also make it harder for members of Congress to …read more