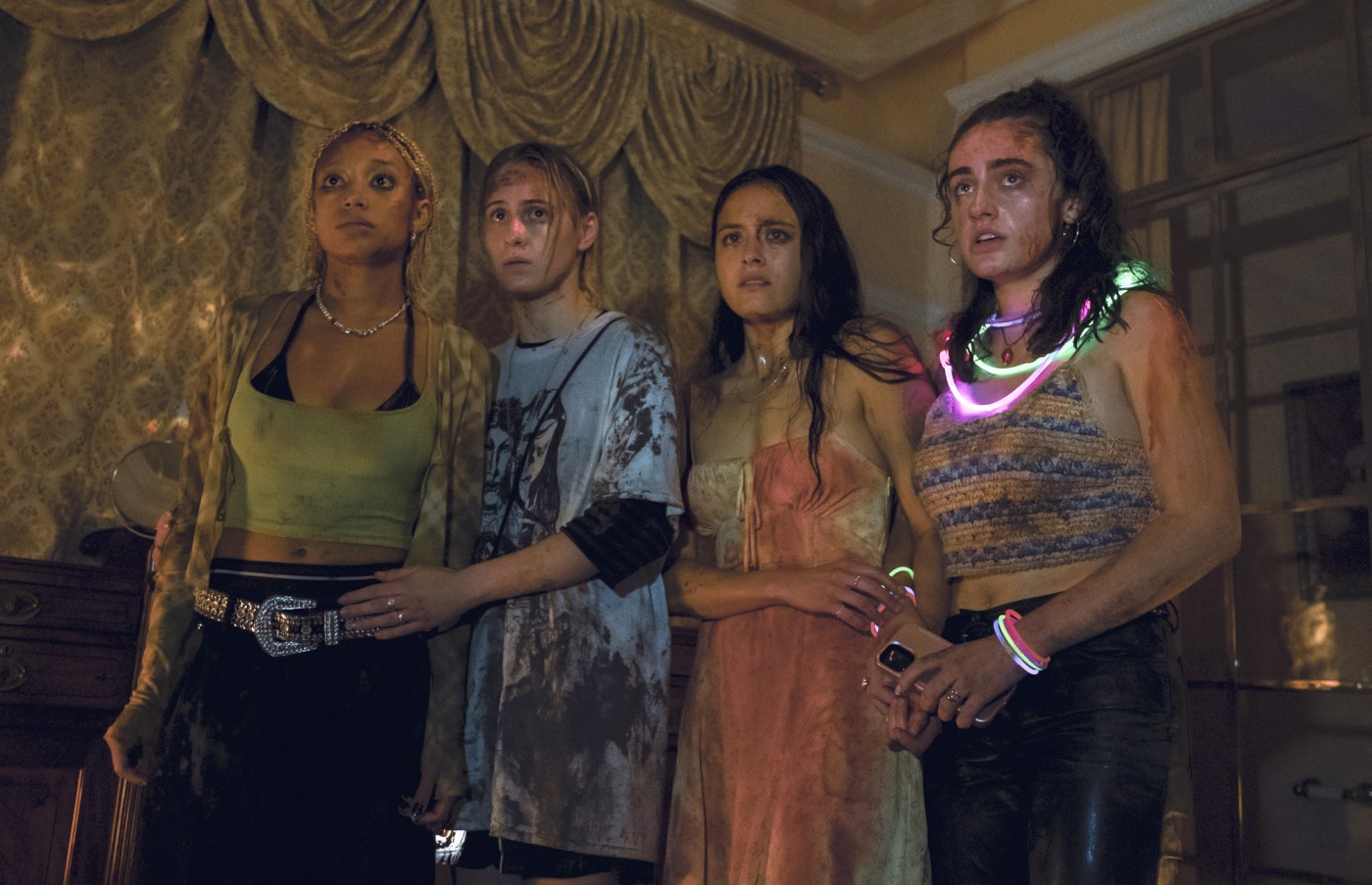 ” Bodies Bodies Bodies ” might just be the first great Gen Z thriller. In director Halina Reijn’s film is a razor-sharp satire of a very specific kind of modern privilege set inside an escalating murder mystery in a remote mansion as a hurricane rages outside.

Dripping in neon, platitudes, sweat and fear, “Bodies Bodies Bodies,” opening in New York and Los Angeles Friday, is playful, cutting and never dull. The events are limited to one long night, but the toxic tensions were boiling over long before an actual corpse is introduced to the party.

Sophie (Amandla Stenberg) has decided to take her new girlfriend, Bee (Maria Bakalova), to meet her oldest friend, David (Pete Davidson), who is hosting a kind of end of the world rager in his parents’ mansion to ride out a hurricane. Sophie reassures Bee that her friends aren’t as nihilistic as they seem online and Bee looks on like anyone in a new relationship would: With nervous hope.

It is not immediately evident that this film is about the young adult children of obscene wealth until Sophie drives up to a mansion that Daisy Buchanan might find impressive. This is no 1980s-greed-is-good portrait of young affluence, with cashmere cable knits and Lacoste polos, nor is it a ’90s version bedecked in designer logos. These are the kids who only other wealthy kids would recognize as wealthy, who know enough to apologize for their privilege but also enough to be wary of outsiders. Not that those friendships borne out of the same boarding schools and tax brackets are somehow intrinsically safer, they’re just the devil they happen to know.

In the back of the house David, his girlfriend, Emma (Chase Sui Wonders), and their friends Jordan (Myha’la Herrold) and Alice (Rachel Sennott), all excellent in …read more