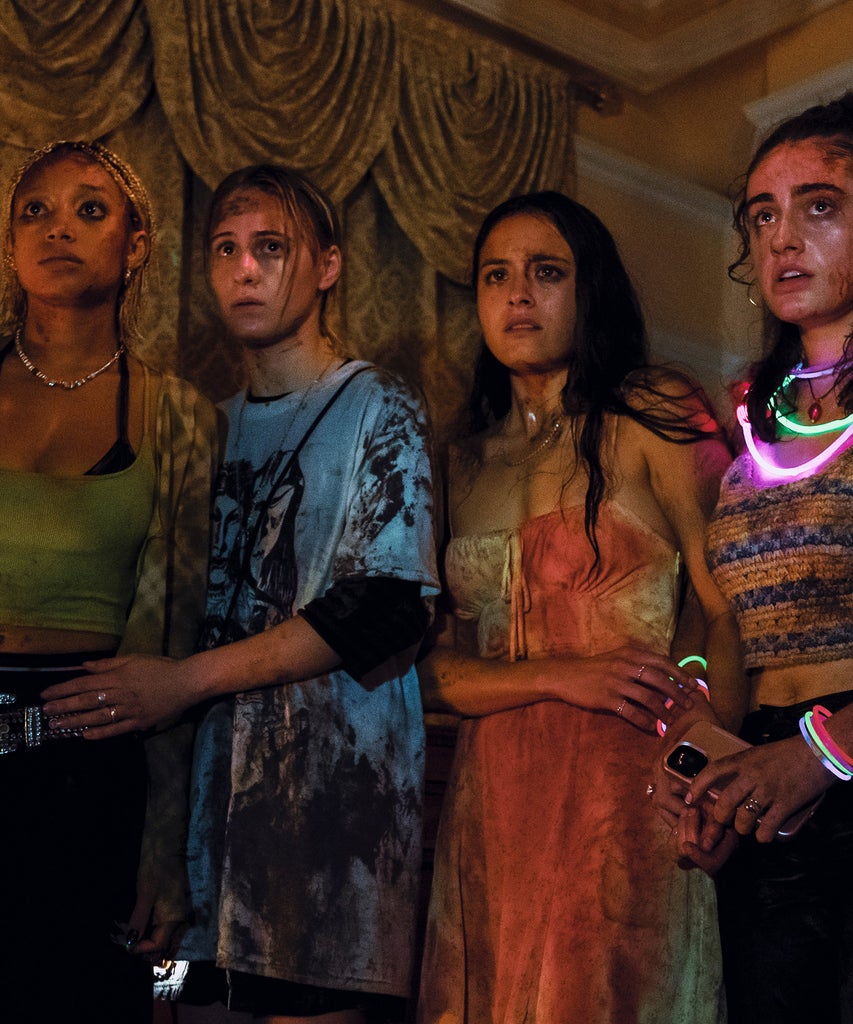 Drunk and high at a rich kid mansion, Bee (Maria Bakalova) tries to make sense of the friends she has just met who have decided to make the most of a hurricane by throwing a small party. The group of 20-somethings is Euphoria-level messy, and her girlfriend Sophie (Amandla Stenberg), who has a long history with everyone but whose presence isn’t exactly welcomed, eggs them on to play a game known to cause drama and tears. The game is Bodies, Bodies, Bodies, which the A24 dark comedy horror takes its title from, and as people-pleaser Emma (Chase Sui Wonders) points out, playing only ends up with someone crying. But when the game turns into reality, their fear and distrust of each other has deadly consequences.

There’s a disturbing tendency to cause pain to the people you’re closest to (aren’t the most vicious fights we have with our family and closest friends?) and to those whom you’ve spent years pretending to like. And after the first real body shows up, the safety and security assumed from years of friendship fly out the window. Every BFF is a suspect, and the little things you never trusted about your friends but usually overlooked are magnified.

Bodies’ horror may seem like it comes from the usual slasher vibes and jumpscares we’ve come to expect from the scary movie genre, but the true scare comes from examining the self-destruction we cause when lies and deceit color our relationships to those closest to us. Instead of a threat of a Michael Myers, all the danger comes from inside their relationships. …read more