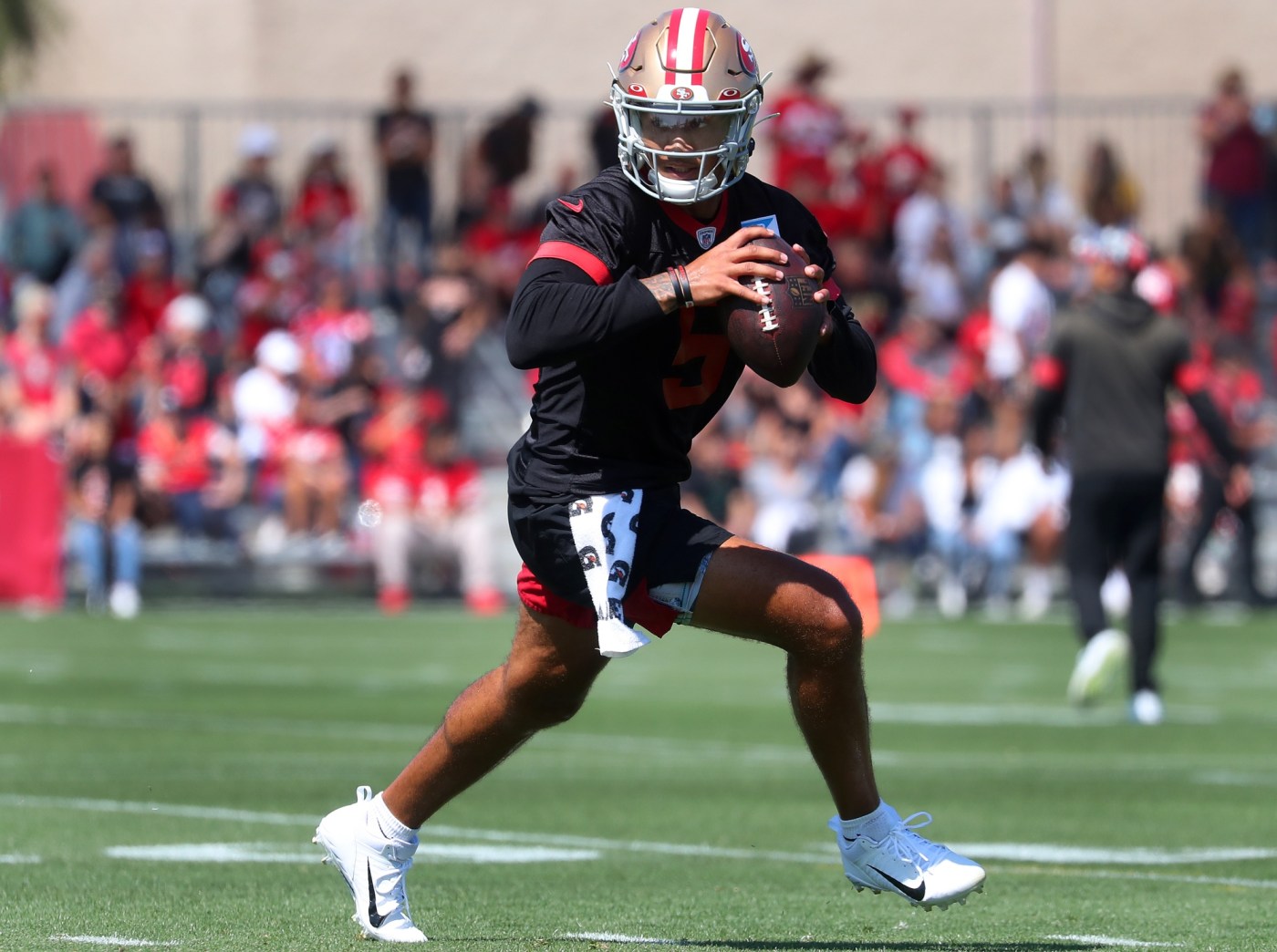 SANTA CLARA — Six seconds remained on the clock. Trey Lance needed to finish off a lengthy drive with a touchdown. And he did.

How the 49ers’ new starting quarterback produced those points was as interesting as it was necessary.

“In that situation, everyone is on the goal line, and I’m on the 20-yard line. If I run, the game is over,” Lance said. “I’m not going to run through eight guys in that situation.”

Flash back to Lance’s first of only two starts his rookie season. At Arizona, trailing 7-0, looking to cap a 94-yard drive, Lance ran for the right pylon on fourth-and-goal from the 1-yard line, only to get frighteningly slammed short of the goal line.

So here he was in Saturday’s two-minute drill, closing down an early-August practice at an up-and-down training camp. He had his best targets on the field: camp MVP Brandon Aiyuk, still catching-up-to-speed Deebo Samuel, ever-bullish George Kittle and new slot receiver Ray-Ray McCloud.

With his linemen fending off a four-man rush, Lance moved up in the pocket and, in off-schedule fashion, discovered Ray-Ray McCloud open over the middle for a touchdown strike.

“I know I’ve got to get the ball out, give those guys a shot and Ray-Ray made a great play,” Lance said.

Thus, Saturday was a good day in Lance’s progress report. He hit camp-highs with 12 completions on 19 attempts, including three completions to George Kittle on that last drive and a much-needed catch by Deebo Samuel, who slightly nudged ace cornerback Charvarius Ward to create separation on his crossing route.

Now, don’t go thinking the 22-year-old dual threat is a perfect passer. He has a 54-percent completion rate, and he’s had a pass intercepted in 5-of-9 practices, with Jimmie Ward doing the honors Saturday on the drive preceding the eight-play march for the Lance-to-McCloud touchdown.