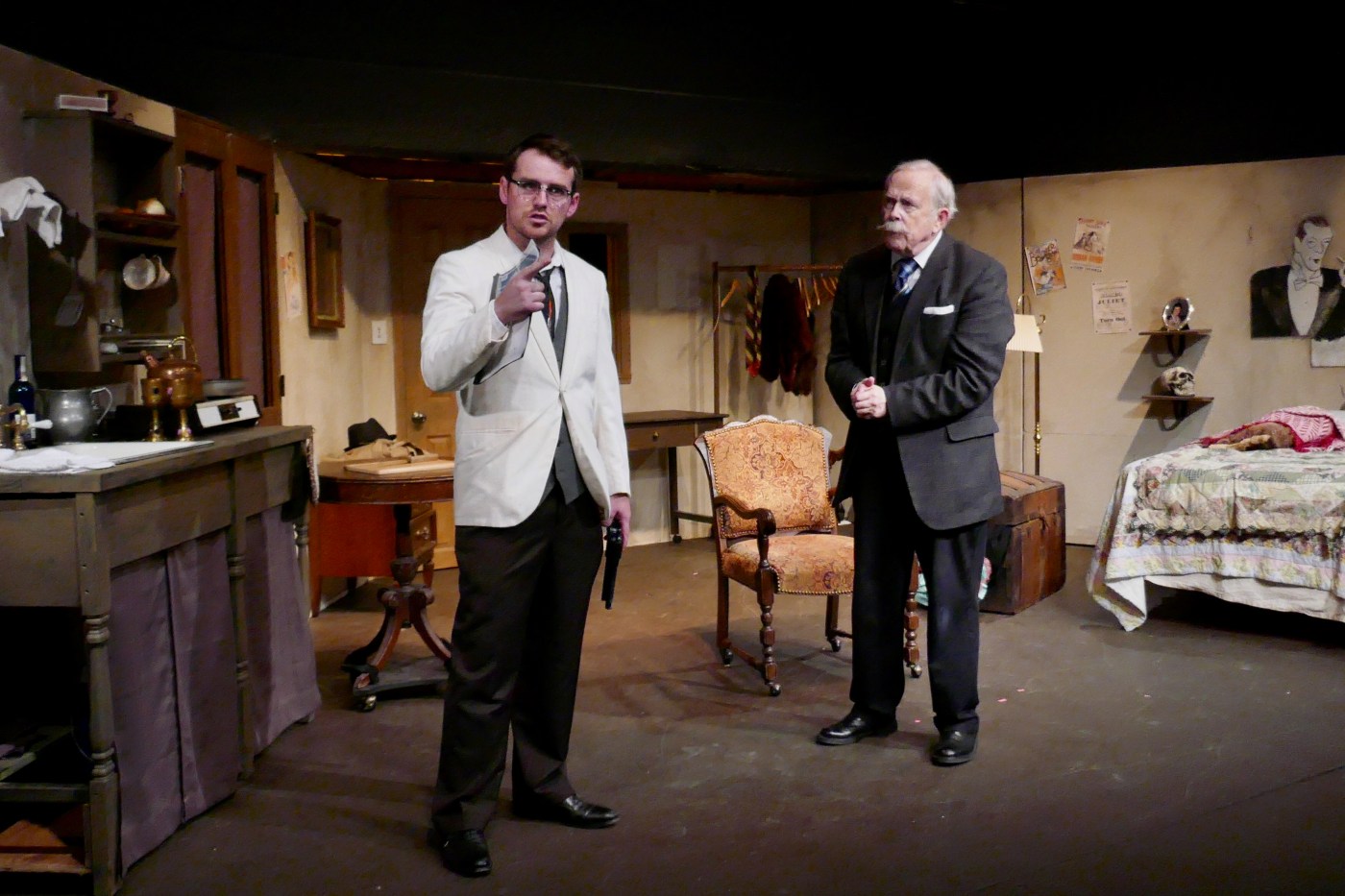 I recently had the opportunity to watch Onstage Theatre in a dress rehearsal of the British murder mystery “Corpse!” by Gerald Moon. The show was still several days away from opening, so all the usual set and lighting tweaks were taking place, which to this longtime actor/producer is almost more fun. I love watching actors develop their characters and set crews figure out the best way to change scenes. And for this show, it’s all about the set changes!

“Corpse!” follows twin brothers Evelyn and Rupert. Evelyn is an out-of-work actor, and Rupert is a wealthy businessman. To put it mildly, the two don’t get along, with Evelyn plotting to kill his twin and take his place. I’ll say no more as I don’t want to spoil the fun. Evelyn employs a down-on-his-luck Major Powell to do the killing with Evelyn’s landlady Mrs. McGee almost foiling his plans on several, very funny occasions. The cast also includes a friendly policeman named Hawkins who stumbles upon one of the many bodies that fill the stage.

This is a very ambitious piece for Onstage Theatre’s director, Dennis Klein, to tackle. It’s something he’s wanted to do since 2002, but as he …read more