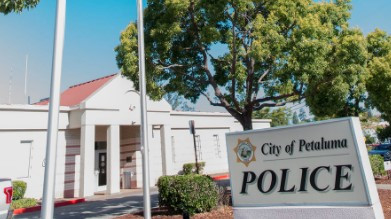 PETALUMA — A 28-year-old Petaluma man was arrested early Friday morning after what police say was the negligent discharge of a firearm inside his residence.

No one was injured, and no one else was inside the man’s residence, located in the 2100 block of Willow Drive.

Just before 6 a.m., police officers were dispatched to Willow Drive to investigate suspicious circumstances following a 911 call from a person at a separate location received a call from the arrested suspect, Tyler Elliott, who told them he had shot someone inside his residence.

Officers arrived on scene but did not notice any signs of a disturbance. including any suspicious individuals in the neighborhood.

Moments later, police dispatchers received a call from Elliott, who was then ordered to come outside.

After speaking with Elliott, officers determined there was not any evidence that suggested an intruder was inside or attempting to break in. Elliott was arrested for the negligent discharge of a firearm, among other associated charges. He was booked into Sonoma County Jail.