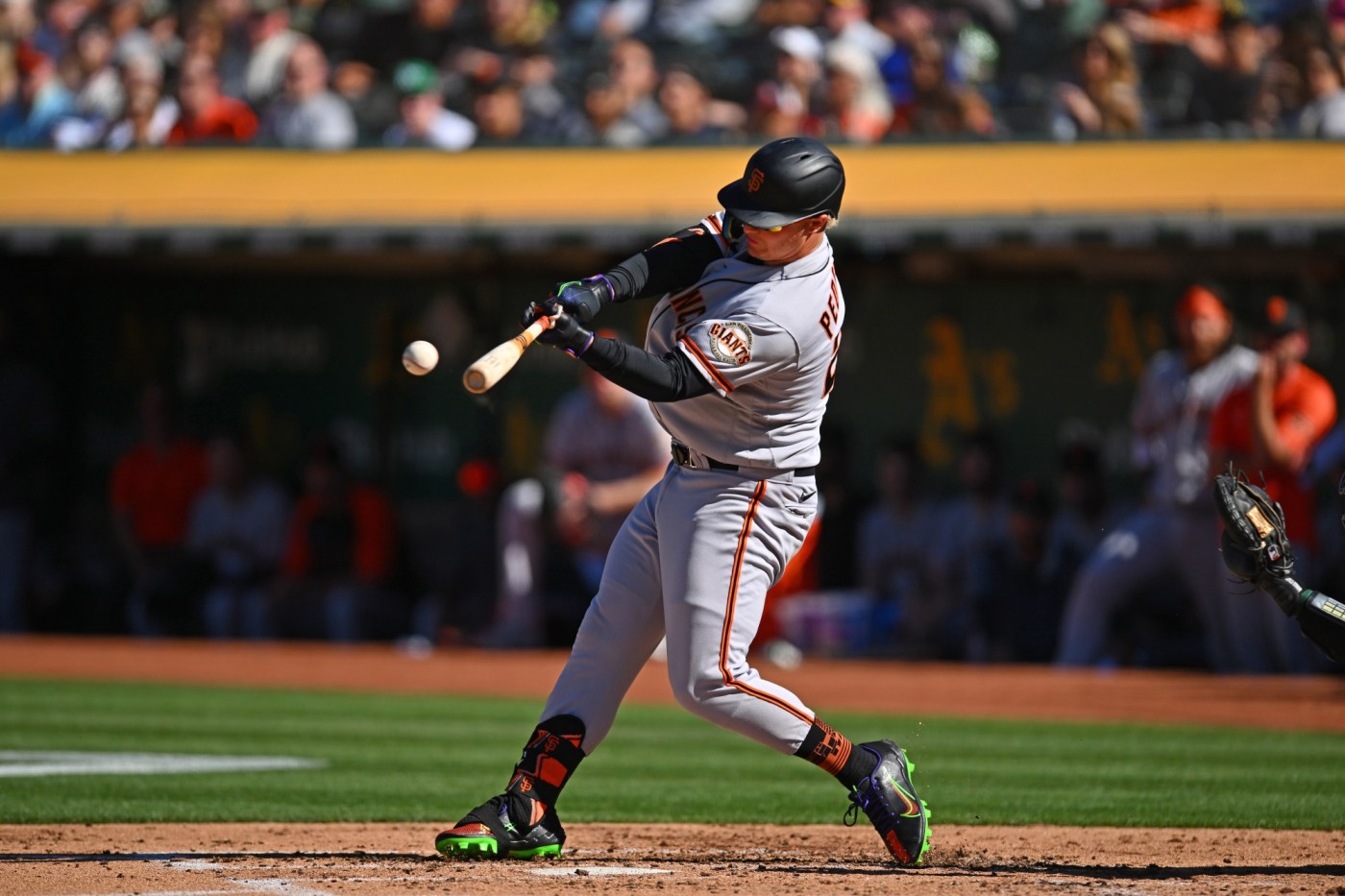 OAKLAND — The Giants rode back-to-back blasts to a win in the first game of the Bay Bridge series and their first victory in the month of August, six days since the calendar turned.

Apparently, there was no better cure for San Francisco’s woes than a meeting with its cross-bay rivals, as the A’s provided little resistance against a club coming off a four-game sweep at the hands of the Dodgers.

After never leading for more than an inning against the Dodgers, the Giants never trailed in a 7-3 win Saturday in front of the Coliseum’s largest crowd of the season (40,065).

Making his first start since the the Giants held on to him at the trade deadline, Carlos Rodón was far from dominant but limited Oakland to a lone run over 5⅓ innings. San Francisco spotted him an early lead with runs in each of the first two innings, before LaMonte Wade Jr. and J.D. Davis blew the game open with back-to-back home runs in the sixth.

It was clear many of season-high crowd, clad in orange and black, had made the trek across the Bay Bridge. It’s up for debate who had the longer commute: fans who made the trip from San Francisco, or the ball Davis launched to straightaway center.

Statcast measured the mammoth blast at 437 feet, the Giants’ fourth-longest homer of the season (and second only to Joc Pederson outside of the altitude-aided Coors Field). It was the second time Davis had gone yard in three games since coming over from the Mets in exchange for Darin Ruf at the trade deadline.

The Giants’ seven runs were their most in 16 games since the All-Star break, a stretch of baseball that features only four wins and has sunk them 6.5 games back of the wild card, even after Saturday’s game. All four …read more