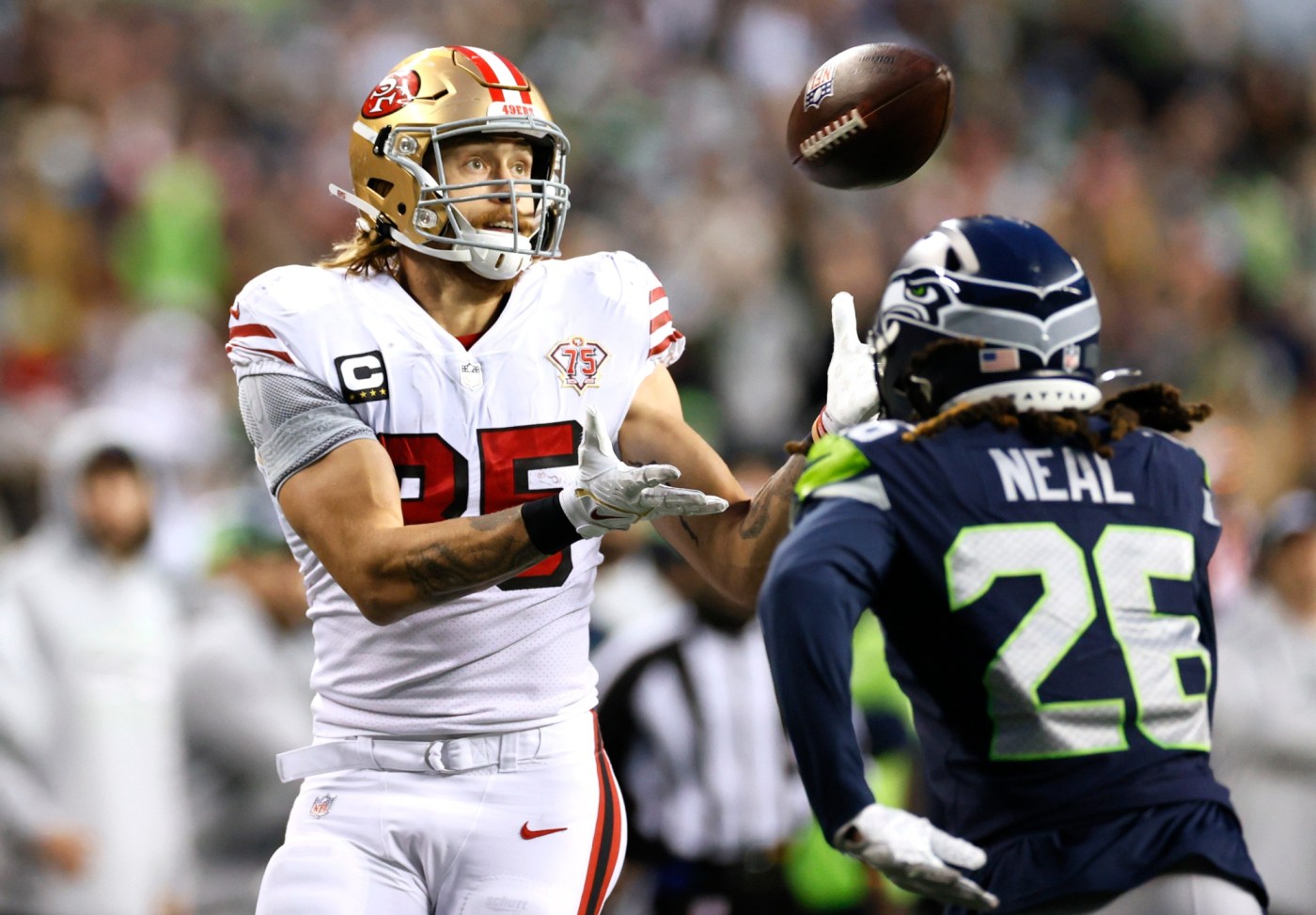 SANTA CLARA — Tight end George Kittle is expected to be out for the 49ers’ home opener today, according to an overnight report by ESPN. That would extinguish any hope of him making his season debut against the Seattle Seahawks, after returning to practice Friday.

Kittle was listed as questionable Friday, as was the case last week when his groin injury scratched him from the season-opening, 19-10 loss at rain-soaked Chicago.

Kittle’s official status and the 49ers’ inactive list will be revealed 90 minutes before kickoff, which is set for 1:05 p.m. The NFL Network reported Sunday morning that Kittle was originally diagnosed with a “three-week injury,” but was “pushing to play” and the 49ers would make him a game-time decision.

“Definitely a very frustrating start to my season,” Kittle told his father, Bruce, on the Hidden Pearls Podcast that posted on YouTube this morning. “You never like missing games, especially with something like that (injury). But I bounced back very well, excited to be back on the football field. Feeling much better than I was 10 days ago.”

The 49ers are 2-8 in the past 10 games Kittle has missed. Tyler Kroft started in place of Kittle at Chicago and played 37 of 68 offensive snaps. Backups Ross Dwelley and Charlie Woerner each played 19 snaps.

Kittle, a five-time captain, hurt his groin in a Sept. 5 practice. He did not speak with reporters following Friday’s return to practice. On his father’s podcast after Saturday’s practice, Kittle shared that he’s trying to encourage his younger teammates.

“One thing I learned from Bruce is: if you have fun, it makes things a lot easier out there,” Kittle said. “I just try to continue to encourage them, keep the energy high, and remind them to be very angry and violent (today).”

What else is in store for the …read more