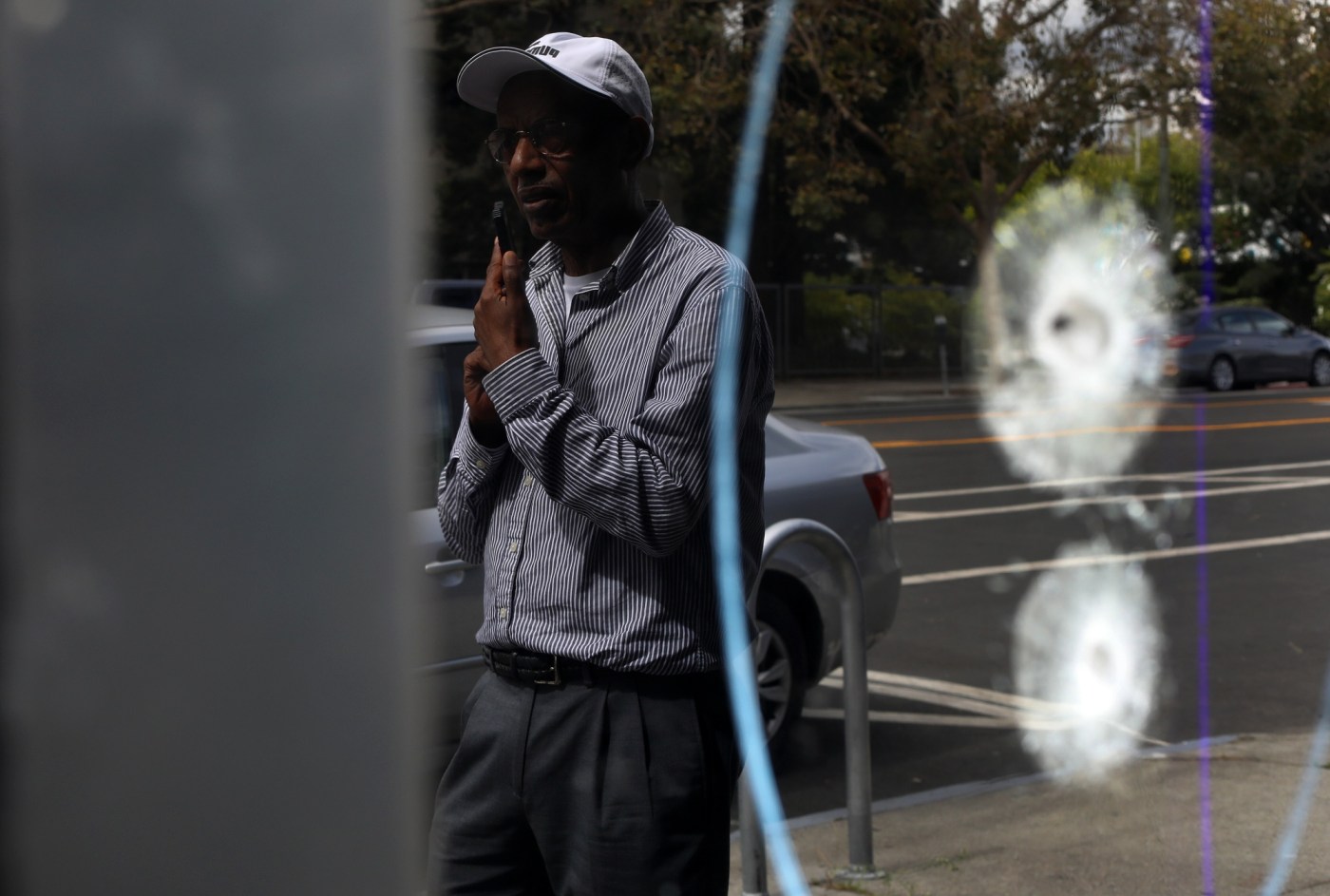 A torrent of violence during an 18-hour stretch Monday evening and Tuesday left four people dead and five other people wounded by gunfire across Oakland, including three men who had just finished praying at a local mosque and a teen girl who was left gravely injured.

The run of violence was punctuated Tuesday afternoon with a shooting that left one person dead and another wounded near Oakland City Hall. Taken together, the bloodshed left Oakland police reeling and led to renewed calls for an end to the gun violence that has seen homicides jump across the city over the last few years.

For the people left mourning the dead — including Oakland’s Muslim and Ethiopian communities — the shootings were simply inexplicable. The first, a drive-by shooting on Telegraph Avenue, left two m embers of those communities dead and a third hospitalized with gunshot wounds.

“Everybody was devastated, everybody was shocked that someone would this kind of carnage on our community, and just hit someone so beloved,” said Abdullah Elbgal, 26, who attends the mosque.

The violence began at about 7:45 p.m. Monday with a hail of gunfire along Telegraph Avenue, when at least two gunmen opened fire from a car as it passed in front of a market and restaurant on the 3100 block of Telegraph Avenue.

The shooting came just after prayers had ended at the Oakland Islamic Center, when attendees typically either stay for a communal dinner to break their daily fast, or go across the street to a market and Middle Eastern restaurant. The blasts of gunfire lasted about 10 seconds while “shaking the whole mosque” across the street, Elbgal said.

“They came after them with a vengeance,” said Elbgal. “We were all freaked out. …read more