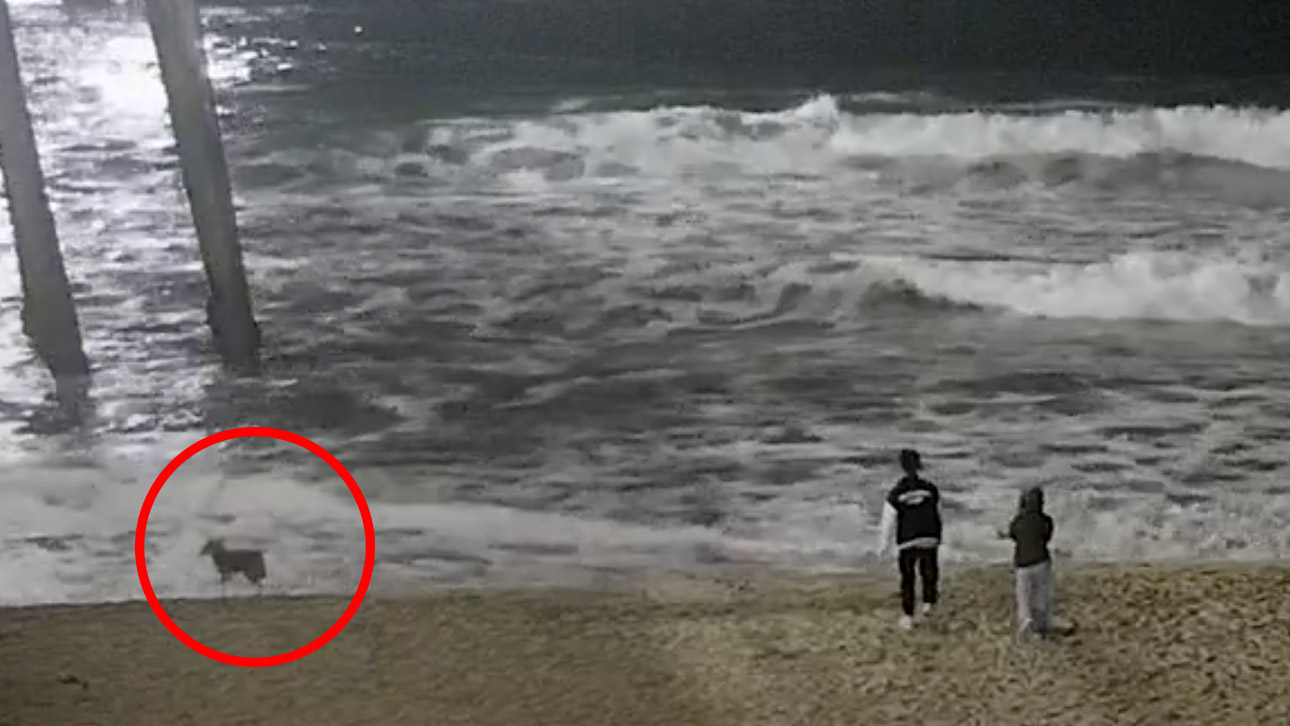 The mother of a 2-year-old attacked on the sand in the dark of night last April in Huntington Beach has filed a claim against the city, alleging that despite knowing about a growing coyote population in urban areas, the city did not do enough to keep the public safe.

Lawyers of Bree Anne Lee Thacker held a press conference on Thursday, Sept. 22, to announce the claim following the attack on her daughter, which was caught on a Surfline.com camera just north of the Huntington Beach Pier.

The little girl was taken to the hospital for gashes and cuts to her neck and head, according to lawyers representing Thacker.

“She is scared physically,” said attorney Sam S. Soleimany of DeWitt & Algorri. “Kids are resilient, but she has emotional reactions to seeing anything that looks like a coyote, dog or cat.”

The attack happened about 9:45 p.m. April 28.  The video from the Surfline.com camera showed a woman holding the toddler and taking photos, with another person and child a few feet away just north of the Huntington Beach Pier. The toddler at one point slips a few steps behind the woman. The coyote stops just in front of her for a split moment before tackling the toddler. When the woman walked toward the toddler, the coyote ran away.

Thacker’s first impression was it could have been someone’s loose dog, never imagining it could have been a coyote, Soleimany said. “The girl did not immediately begin screaming. There was nothing to indicate anything crazy was happening.”

The coyote circled back a second and third time on camera, walking the area near the shoreline as another couple walked up, also seemingly unaware of its presence.

A city representative confirmed receipt of the claim, but declined to comment on legal matters.

The claim seeks to “shed light on …read more