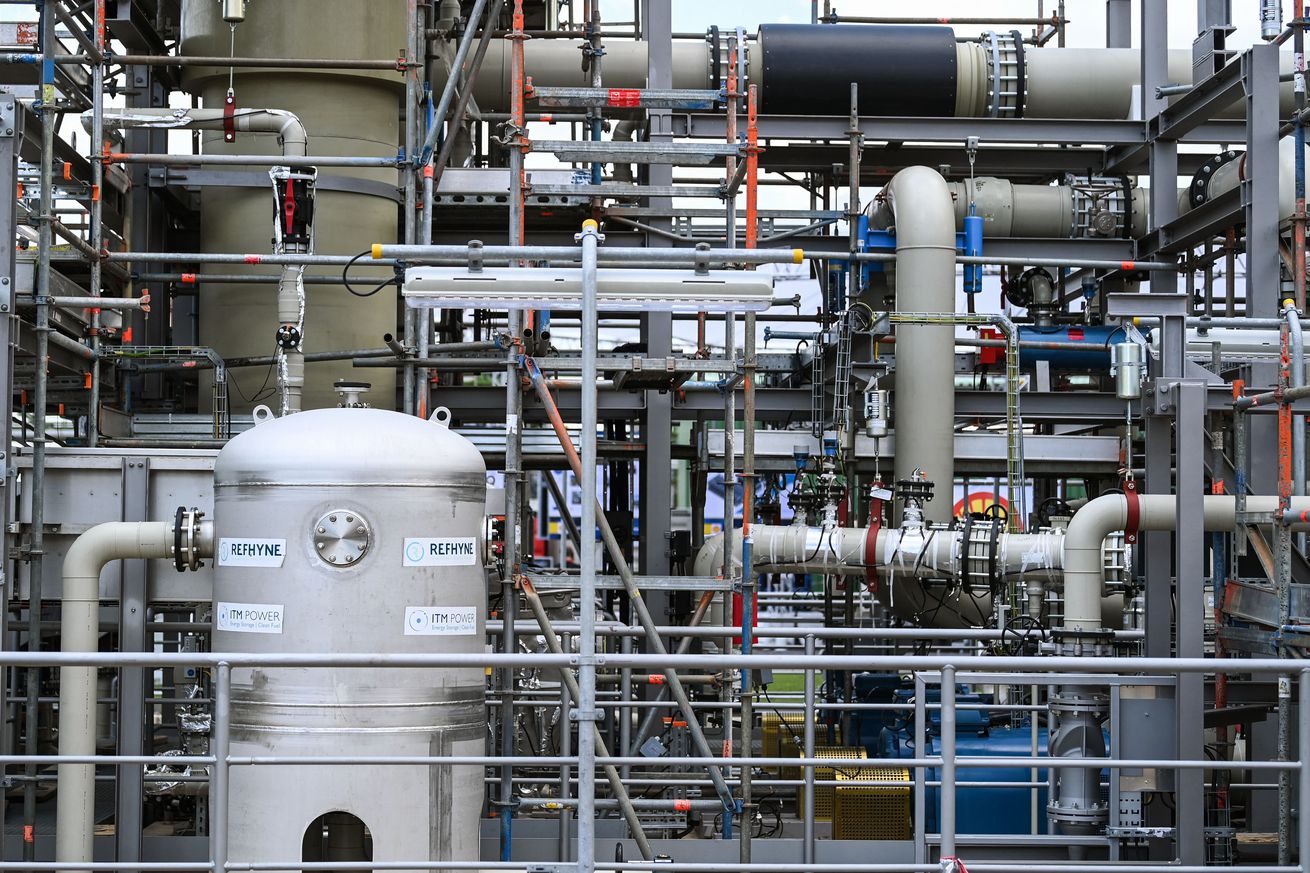 One of the world’s first plants for the production of green hydrogen in Wesseling, Germany, on July 2nd, 2021. | Photo by INA FASSBENDER/AFP via Getty Images

Ramping up production of hydrogen fuel is now a high priority for the Biden administration as it tries to put an end to the fossil fuel pollution causing climate change. The Department of Energy wants to produce 10 million metric tons of “clean” hydrogen by 2030, according to a draft National Clean Hydrogen Strategy and Roadmap released yesterday.

About 10 million metric tons of hydrogen is already produced in the US each year, but that’s mostly “gray” hydrogen made with dirty natural gas. The shift would be to pair that natural gas with controversial technologies that capture carbon dioxide emissions as well as make more hydrogen using renewable energy sources and nuclear energy.

“A high priority technology for this administration”